Amid rising tensions in Eastern Ladakh, India-China agree not to allow “differences to become disputes” 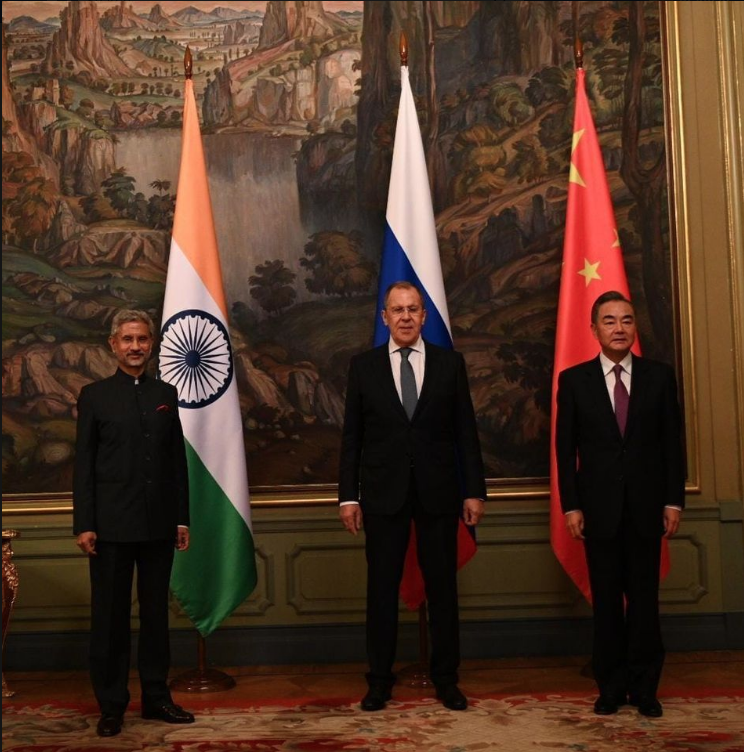 Srinagar, September 11: In the wake of mounting tensions in Eastern Ladakh, India and China have agreed not to allow “differences becomes disputes” in the ‘border areas”.

India’s external affairs minister Dr. S. Jaishankar met his Chinese counter part Wang Yi,  in Moscow on the side-lines of the Shanghai Cooperation Organisation (SCO) meeting during which both sides agreed that they “should take guidance from the series of consensus of the leaders on developing India-China relations, including not allowing differences to become disputes.”

“The two Foreign Ministers agreed that the current situation in the border areas is not in the interest of either side. They agreed therefore that the border troops of both sides should continue their dialogue, quickly disengage, maintain proper distance and ease tensions,” the Indian ministry of external affairs stated.

The two Ministers agreed that both sides shall abide by all the existing agreements and protocol on China-India boundary affairs, maintain peace and tranquillity in the border areas and avoid any action that could escalate matters.

“The two sides also agreed to continue to have dialogue and communication through the Special Representative mechanism on the India-China boundary question. They also agreed in this context that the Working Mechanism for Consultation and Coordination on India-China border affairs (WMCC), should also continue its meetings,” the ministry of external handout read.:

“The Ministers agreed that as the situation eases, the two sides should expedite work to conclude new Confidence Building Measures to maintain and enhance peace and tranquillity in the border areas”.

The tensions have been mounting between India and China in eastern Ladakh along the Line of Actual Control (LAC).

On September 8, Chinese military claimed that Indian troops crossed the LAC in the southern banks of Pangong lake in eastern Ladakh and fired warning shots, calling it a serious “provocation of bad nature”.

The Indian side, however, denied the charges and put the entire blame on China claiming it “continues to undertake provocative activities to escalate”.