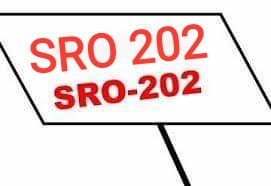 Srinagar, June 15: In a massive step towards employee welfare, the Administrative Council headed by Lieutenant Governor Girish Chandra Murmu on Monday announced that no appointments under SRO-202 will be made in future.

The probation period for appointees under this policy has also been reduced to two years from five years.

“SRO202 was a disaster when it was announced by the previous alliance government & I’m amazed it took the administration this long to scrap it. Now scrap it completely & do away with the 2 year probation provision for existing employees,” Omar said in a tweet.

National Conference Provincial President Devender Singh Rana described the revocation of SRO 202 as a triumph of those appointed under the provision in Jammu and Kashmir and those aspiring for employment in the government sector.

“Better late than never, the course correction was the only rightful option for the administration as the SRO 202 lacked logic and reason”, Rana said in a statement to GNS. he was reacting to the decision of the administration in dispensing with the rule in deference of the wishes of thousands of stakeholders, who were agitated over the period for this injustice.

Rana hoped that the administration will now release all the emoluments to the appointees under SRO 202 which would have accrued to them in accordance with the earlier rules. This will be the least to balm their miseries they and their families have undergone over the years.

He said the administration should come up with a road map in this regard and not precipitate the situation to such an extent that the affected employees are forced to press for their dues.