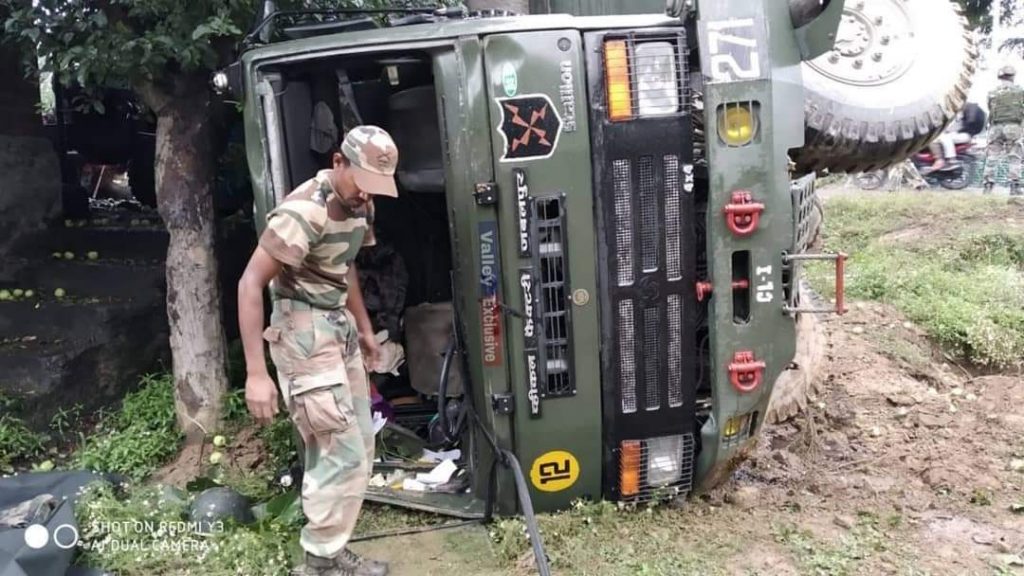 Officials told that an Army vehicle fell into the Nallah after its driver lost his control over the vehicle.

They said the vehicle was on way from Srinagar towards Ladakh. A police officer also confirmed the incident and said that no injury or loss of life was reported in the mishap—(KNO)