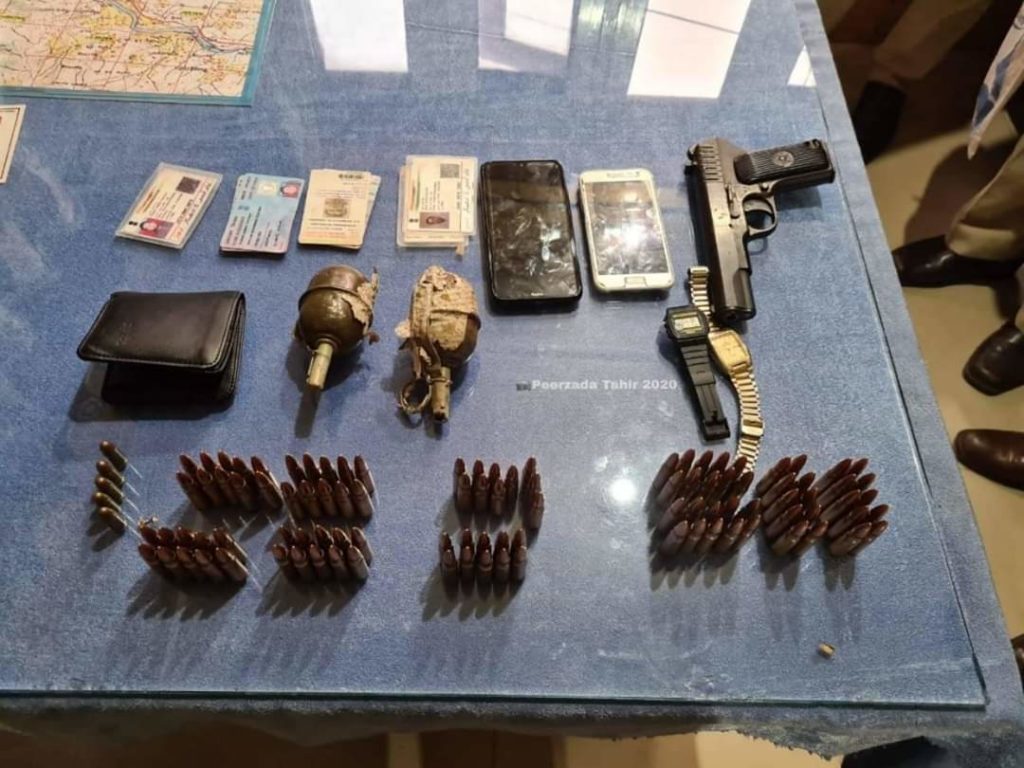 Srinagar: Police on Monday claimed to have arrested an active militant of Lashkar-e-Toiba (LeT) outfit and his associate in Uri area of north Kashmir’s Baramulla district.

“Today Police Baramulla received input from reliable sources about the movement of some (militants) in the General area Uri,” police spokesman said in a statement.

“Similarly a checkpoint was established at NS bridge where two suspected persons were intercepted by the forces, however, the forces managed to caught hold on them,” he added.

“On their personal search a huge catch of arms and ammunitions and other incriminating material was recovered,” he added.

“In this connection, a case under FIR No 49/2020, under various provisions of the Indian Arms Act, Indian Explosives Act and Unlawful Activity (Prevention) Act stands registered in Police Station Uri and investigation has been started,” the spokesman said.