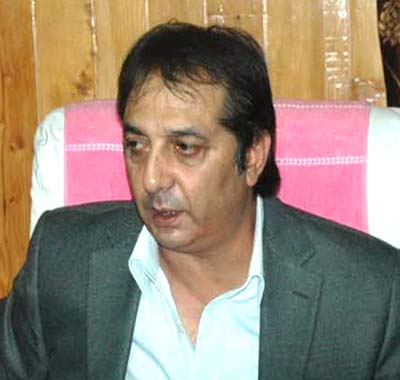 The meeting was attended by Secretary PDD, M Raju, MD JPDCL, Yasha Mudgal and other senior officers of the department.

The Advisor while reviewing the progress of these schemes directed concerned officials for speeding up the execution of the centrally sponsored schemes and maintained that officers should remove the bottlenecks, if any, so that these are completed within the stipulated timeframe.

It was informed that 100 percent metering in Jammu city and other areas has been taken up on mission mode for providing uninterrupted power supply to the consumers.

It was decided that 03 meter testing labs would be constructed at Kathua, Batote and Rajouri. It was also decided to ensure during the meeting that there must be 100 percent distribution of electricity bills both through physical and electronic means to the consumers.

The Advisor said that Rs 10 Crore would be spend on purchasing of new transformers in Jammu division.

During the meeting MD JPDCL, Yasha Mudgal gave a detailed presentation of Medium term measures, including formation of new enforcement system/ wing in line with the enforcement systems and long turn measures including 100 percent consumer metering and switching of existing meters to smart prepaid mode as per GOI guidelines for reduction in commercial losses.