Srinagar: A suspected drug peddler was arrested on Thursday after recovery of 11 gm brown sugar from his possession in Gojwara area of the city, police said. 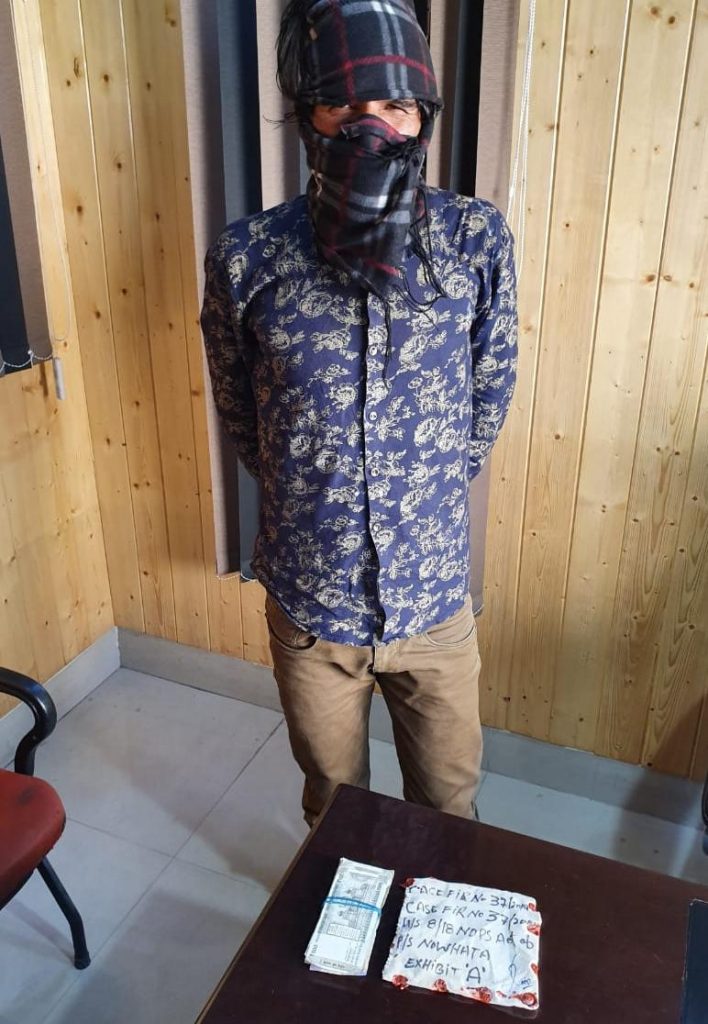 He said Rs 22,200 in cash besides the contraband was recovered from the possession of Najar.

A case under relevant sections was registered against the accused and investigation initiated, the spokesman added.