Pulwama: Under Secretary Health and Medical Education Department has asked the in charge Medical Superintendent Pulwama, Dr Abdul Rashid Parra to explain his position for submitting “misleading and biased” information to the department about his wife, who is also a doctor, posted in the same hospital for more than nine years.

The development came a week after The Kashmir Press carried a report titled ‘When it comes to district hospital Pulwama governments transfer policy is torn to shreds’.

In the report The Kashmir Press had not only  come up with names of the overstaying doctors but also with the details of their joining in the hospital.

Taking cognizance of the report, the top health department official has sought explanation from the medical superintendent DR Parra asking him to explain why he concealed the facts about the stay of his wife, Dr Hafeeza in the hospital.

Dr Parra, who is incharge medical superintendent of DH Pulwama from last three years, three months ago was asked by the Directorate of Health Services on the directions of the Administration Department to submit information about the longest staying gynaecologists in the hospital. 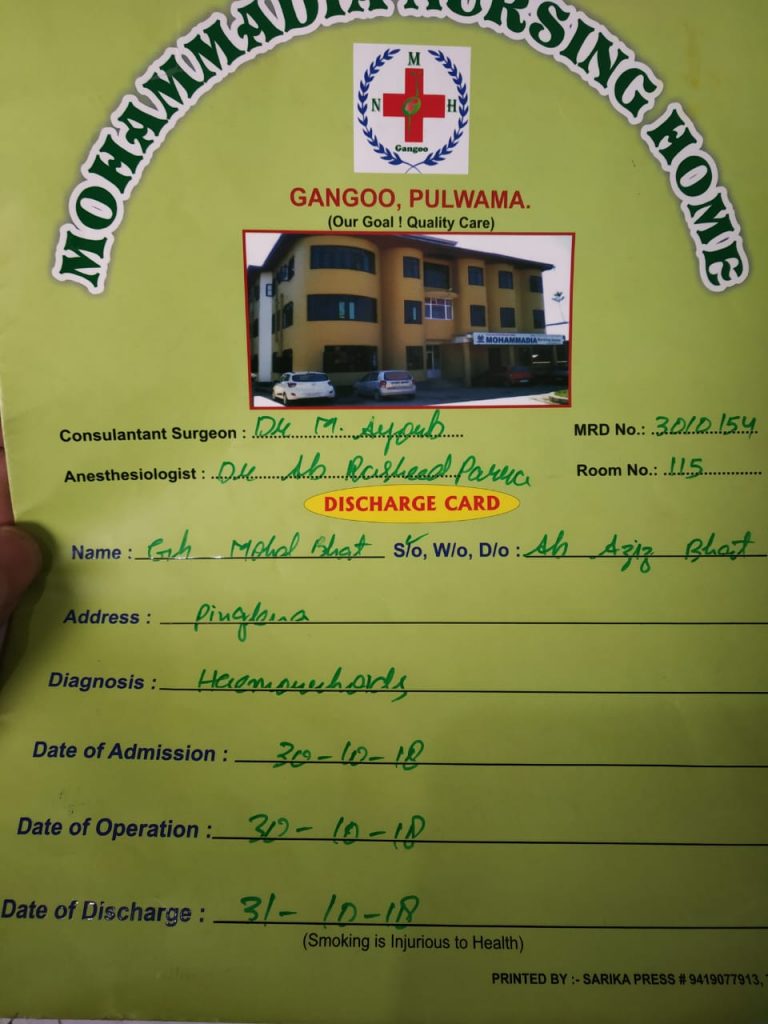 Sources said following the information furnished by MS, the department posted a new gynaecologist in the hospital and transferred the one who was shown as overstaying at the facility, Dr Shaheena.

The Kashmir Press, last week, reported about how the well connected doctors posted in the hospital for over a decade managed their retention at the facility, health authorities verified the report and found the same true and factual.

Taking cognisance of the report authorities have now asked the incharge MS to explain his position.

“Your report is prima-facie biased and the same is unbecoming of a government servant. As such you are directed to explain your position on the issue within a period of 10 days from issuance of this notice failing which the government shall be constrained to take disciplinary action against you under rules,” the notice reads.

In another order, sources said, the administrative department has transferred Dr Hafeeza Akhtar to District Hospital Ganderbal “with immediate effect” and posted Dr Shaheena back to DH Pulwama. 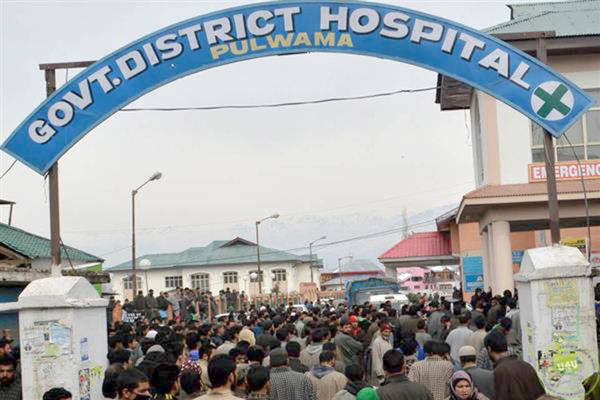 A top official of the health department told The Kashmir Press that the department will initiate action against the incharge MS after his reply to the explanation.

“We are waiting for his reply. Let us see how he justifies misleading the department. Once he replies to the explanation we will go for further action against him. He will be relieved of the charge of MS and transferred to some other hospital,” the official said.

Pertinently, sources said, that Dr Parra considered a “blue-eyed boy” of the then Director Health Services Kashmir Dr Slaeem-ur-Rehman, was posted at the hospital on Dr Saleem’s recommendation. “Till date the Medical and Health Education department has not issued any order for his appointment as incharge MS.”

Although, sources said, that MS’s or incharge MS’s cannot indulge in private practice, however, Dr Parra’s case has never been taken seriously by the government.

Responding to the RTI, Chief Medical Officer had stated that Dr Parra is a Consultant Anaesthesia by virtue of Director Health Services Kashmir, Dr Saleem-ur-Rehman’s order who appointed Dr Parra as incharge MS of the hospital till arrangement are made. The response quoting Dr Parra said that he had intimidated the CMO that he had not drawn any NPA/Charge Allowance as MS.

Speaking about appointment of MS, sources said that such administrative decisions, according to rules, are made by higher authorities in the administration and not the Director Health Service Kashmir.

(The Kashmir Press desk contributed to this report from Srinagar).