Mexico City: Celeste Saenz de Miera, the head of the Mexican Press Club, called for acting together to protect WikiLeaks founder Julian Assange, who is awaiting a hearing on his extradition to the United States in a UK prison.

On Friday, the organization awarded Assange for investigative activities and analysis of the global perspective. Ricardo Patino, the former foreign minister of Ecuador and a friend of Assange, and WikiLeaks Mexico Director Pedro Miguel received the award on behalf of the whistleblower, Sputnik reported.

“We need to act together to show our capacity to act. If we drop Assange, we drop ourselves. This should not happen,” Saenz de Miera said.

The journalist said that people should show their reaction to the Assange case even if nothing depended on them. 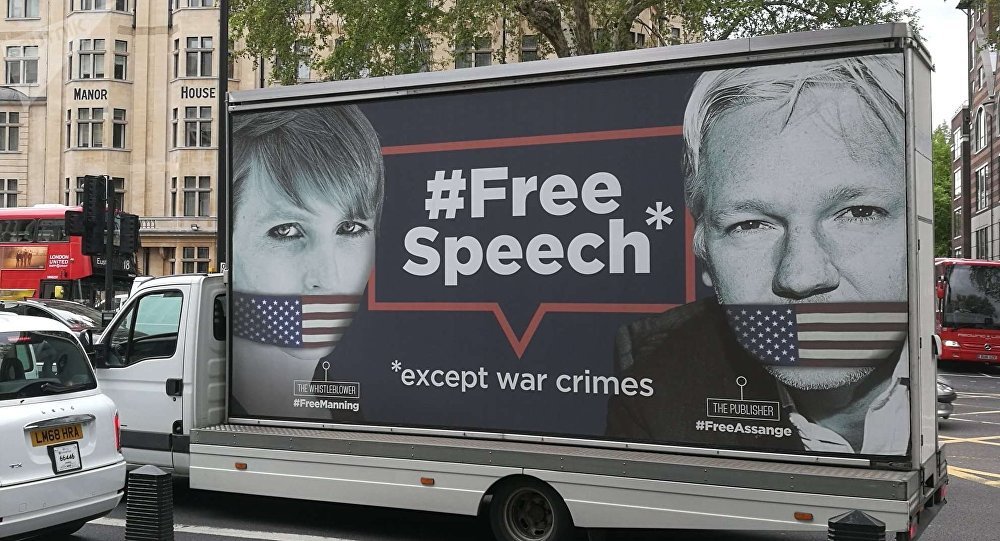 Saenz de Miera also expressed hope that Assange would not be extradited to the United States, saying that otherwise, she will not forgive herself.

During the award ceremony, Miguel said that a group was created with help of former WikiLeaks informant Chelsea Manning in support of Assange and whistleblower Edward Snowden.

Sputnik has learned from Patino, who was released on bail in May in the case where he is charged with instigating to commit a crime and being linked to WikiLeaks, that the group sought to raise awareness about Assange and topics related to his case.

Assange was arrested in London on 11 April and sentenced to 50 weeks in prison for jumping his bail in 2012, when he took refuge inside the Ecuadorian embassy in the UK capital to avoid extradition to Sweden where he faced sexual assault charges and possible subsequent extradition to the United States.

On 14 June, a London court is expected to hold the first hearing on Assange’s potential extradition to the United States, where he has already been indicted on 18 charges, related to his help in leaking classified US government data with the help of Manning in 2010, and faces 175 years in prison. (Sputnik)