Gunmen kill priest, 5 others during Catholic mass in Burkina Faso

Ouagadougou: Gunmen killed a priest and five parishioners during mass Sunday in an attack on a Catholic church in Dablo, northern Burkina Faso, security sources and a local official said.

“Towards 9:00 am, during mass, armed individuals burst into the Catholic church,” the mayor of Dablo, Ousmane Zongo, told AFP. “They started firing as the congregation tried to flee.”

The attackers — between 20 and 30 according to a security source — managed to trap some of the worshippers, Zongo added.

“They killed five of them. The priest, who was celebrating mass, was also killed, bringing the number of dead to six.” 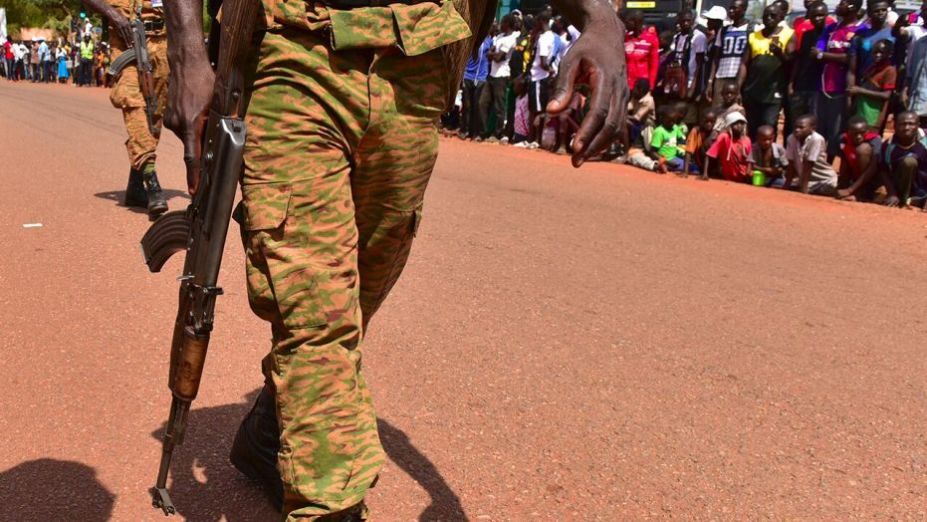 The gunmen then set fire to the church, several shops and a small cafe before heading to the local health centre, which they looted, burning the chief nurse’s vehicle.

“There is an atmosphere of panic in the town,” said Zongo.

“People are holed up in their homes, nothing is going on. The shops and stores are closed. It’s practically a ghost town,” he added.

Security reinforcements were sent from Barsalogho, about 45 kilometres south of Dablo, and were combing the area, a security source told AFP. Dablo is located in the northern province of Sanmatenga.

The attack came two days after French special forces freed four foreign hostages in the north of the country in an overnight raid that cost the lives of two soldiers.

The operation was ordered to free French hostages Patrick Picque and Laurent Lassimouillas who disappeared while on holiday in the remote Pendjari National Park in Benin on May 1.

The team also found two other female captives, an American woman and a South Korean.

Sunday’s church strike came two weeks after a similar attack against a Protestant church in Silgadji, also in the north, when gunmen on motorbikes killed a pastor and five worshippers.

Burkina Faso has suffered from increasingly frequent and deadly attacks attributed to a number of jihadist groups, including the Ansarul Islam group, the Group to Support Islam and Muslims (GSIM) and Islamic State in the Greater Sahara.

The raids began in 2015 in the north before targeting the capital Ouagadougou and other regions, notably in the east.

Nearly 400 people have been killed since 2015 — mainly in hit-and-run raids — according to an AFP tally.

Jihadist groups target both Muslim and Christian clerics, mainly in the north.

According to security sources, the jihadists do not consider certain Muslim clerics sufficiently radical and sometimes accuse them of having collaborated with the authorities.

Religious leaders are not the only people targeted by the extremists. Last month, jihadists attacked a village school in Maitaougou, in the eastern province of Koulpelogo, killing five teachers and a municipal worker.

Around 4.3 million people have been driven from their homes in the worsening violence that has engulfed the entire Sahel region, including one million over the past year, according to UN humanitarian officials.

UN Secretary General Antonio Guterres condemned Sunday’s attack and offered condolences as he recalled “the sanctity of all places of worship”, according to a UN spokesman.

Guterres “urges all citizens of Burkina Faso to stand firmly with one another across communities and not to succumb to efforts to sow discord and breed further violence”. (AFP)