Srinagar: The Jammu and Kashmir Police on Friday said that it achieved a major breakthrough by arresting two notorious drug peddlers from city South area of Srinagar.

A Police spokesperson said that acting on a tip-off, a police party apprehended a person Gulzar Ahmed Seeno son of Late Abdul Ahad, a resident of Boatman Colony Bemina. 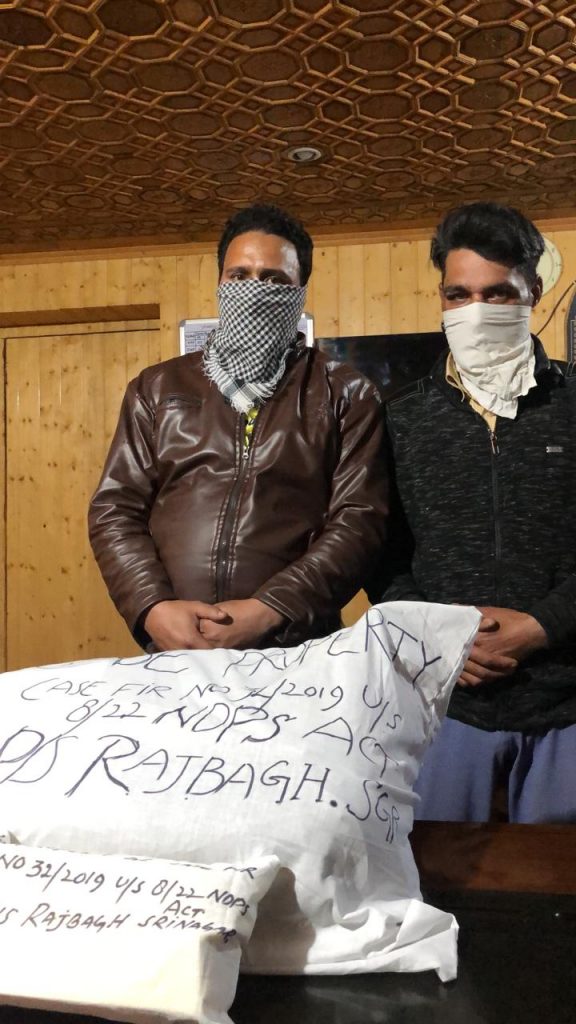 “During searches some quantity of banned drugs spasmoproxyam was recovered. “When put to sustained questioning, Gulzar disclosed the name of main dealer and his accomplice Tariq Ahmed Nago, son of Abdul Khaliq Nago, a resident of Rawalpora Wanbal Chak.”

He said that during a raid at the house of Tariq Police recovered huge quantity of banned drugs including tablets, capsules and various other banned material.

The spokesperson said that Tariq is a notorious drug mafia and has been already booked in many FIRs at Srinagar and Anantnag. “Tariq was instrumental in suppliying the banned drugs in different districts of Kashmir.”