Beirut: The US-backed assault to drive the IS from its Syrian capital Raqqa in 2017 killed more than 1,600 civilians, 10 times the toll the coalition itself has acknowledged, Amnesty International and the monitoring group Airwars said on Thursday.

Amnesty and Airwars, a London-based group set up in 2014 to monitor the impact of the US-led campaign against the IS, spent 18 months researching civilian deaths including two months on the ground in Raqqa, they said.

Photo Essay: The Battle for Raqqa

“Our conclusive finding after all this is that the US-led coalition’s military offensive [US, UK and French forces] directly caused more than 1,600 civilian deaths in Raqqa,” they said.

They said the cases they had documented probably amounted to violations of international humanitarian law and called for coalition members to create a fund to compensate victims and their families. 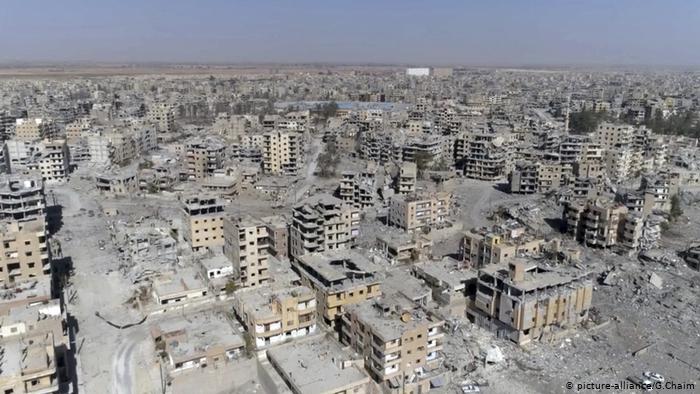 The coalition said in response to the report that it takes “all reasonable measures to minimise civilian casualties” and that there are still open allegations it is investigating.

“Any unintentional loss of life during the defeat of Daesh is tragic,” said Scott Rawlinson, a coalition spokesman in an emailed statement later on Thursday, using an Arabic acronym for the IS. “However it must be balanced against the risk of enabling Daesh to continue terrorist activities, causing pain and suffering to anyone they choose,” he added.

The IS seized Raqqa in early 2014 during its lightning advance through Syria and Iraq in which it built a self-proclaimed caliphate characterised by summary executions of opponents. Its mass killing and enslavement of minorities was described as genocide by the United Nations.

The group, which controlled a third of both Syria and Iraq in 2014, has since been driven from all the territory it controlled by military campaigns waged by an array of forces including the Syrian and Iraqi governments, the United States, its European allies and their rivals Russia and Iran.

The IS was defeated by US-backed fighters in its last Syrian stronghold this year. Despite no longer controlling territory, it is still seen as a threat to launch attacks around the world.

An international coalition led by Washington has given military support to both the Iraqi government and a Syrian militia, the Kurdish-led Syrian Democratic Forces (SDF). The SDF captured Raqqa in October 2017 after a five month offensive backed by US-led air strikes and special forces.

Amnesty said last year that there was evidence coalition air and artillery strikes in Raqqa had broken international law by endangering the lives of civilians, but until now had not given an estimate of the death toll during the battle.

Reuters reporters in Raqqa during and after the campaign said that bombardment had caused massive destruction in the city, laying waste to entire districts. (Agencies)