Srinagar: Thousands of people on Friday turned up for the funeral prayers of slain militants in Laribal and Charsoo villages of south Kashmir’s Pulwama district.

Three militants, two of the Hizbul Mujahideen and one of Jaish-e-Mohammad, were killed in a gunfight with government forces on Thursday in Gulshanpora village of Tral township of the district. 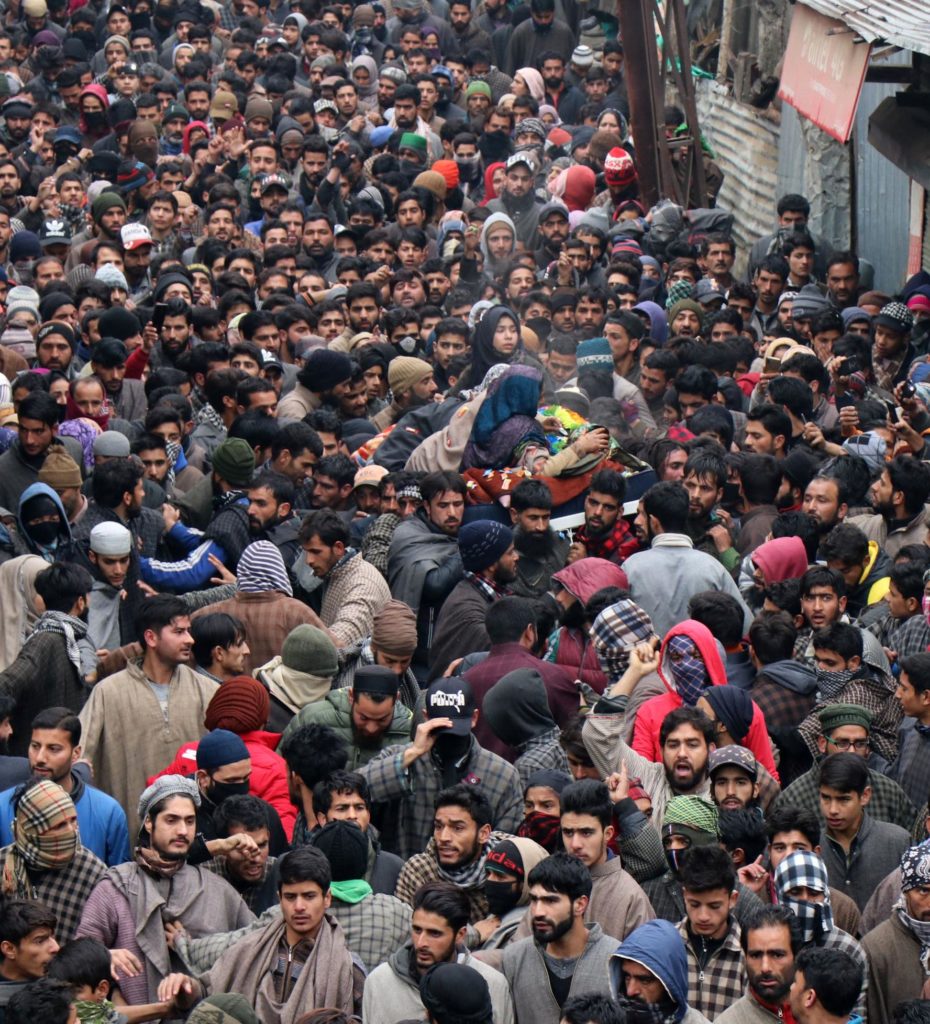 Reports said that two groups of militants appeared at the funeral of Shakoor in Laribal Tral and offered gun salutes.