Bandipora: In a brazen violation of rules and regulations two government teachers are acting as part time journalists in North Kashmir’s Bandipora district. Both these teachers are using pseudonyms to save their skin. One is working as “Correspondent” of Radio Kashmir’s daily current affairs programme “Sheherbeen”, while another is frequent contributor for a Srinagar based Daily. 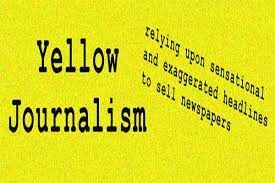 In a sad commentary on the lack of accountability and rape of service conduct rules in district Bandipora one of these two Part Time Correspondents was present in a recent meeting that was called by Deputy Commissioner Bandipora Shahid Iqbal  Chowdary with regard to establishment of Press Club in the district.

A couple of full time journalists said that these government teachers turned part time journalists visit government offices with regard to various news reports while they have even expanded their influence and have connections with people who are at the helm of affairs.

He said under SRO 525, no government employee can act as Journalist or work for any media house. “I am helpless and couldn’t initiate action against the duo as they enjoy the patronage of some top bureaucrats,” Munshi Javaid said.

Chief Education Officer went on to the extent saying that he had raised the issue with Deputy Commissioner Bandipora and former MLA Usman Majid but they didn’t bother to take any action against them. “The irony is that the duo frequently remain absent from their duties,” he added.

“How can a government teacher be part of a meeting of journalists called by DC Bandipora for the establishment of Press Club. This is rape of service conduct rules,” said a local Journalist from Bandipora.

Deputy Commissioner Bandipora told CNS that he was unaware that any government employee with present in the meeting called for the establishment of Press Club. “I will investigate the matter and action will follow,” he added.

Director Radio Kashmir Nawaz Nengroo said that no government employee can work for us. “We will certainly take action,” he said. (cns)