Srinagar: Customers will not have to purchase separate compulsory personal accident (CPA) cover for each new vehicle they buy, as per a notification of insurance regulator IRDAI. Insurance regulator IRDAI has decided to unbundle the compulsory personal accident (CPA) cover and allow the issuance of a standalone CPA cover for owner-driver. 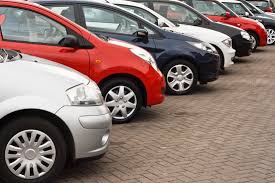 Currently, a vehicle buyer has to buy a CPA for every vehicle he or she purchases.

In September this year, the Insurance Regulatory and Development Authority of India (IRDAI) had raised the minimum insurance cover for owner-driver to Rs 15 lakh for an annual premium of Rs 750. Earlier, the capital sum insured (CSI) for two-wheelers and private cars/commercial vehicles was Rs 1 lakh and Rs 2 lakh, respectively.

n a circular addressed to all general insurers carrying on motor insurance business, the regulator said that effective January 1, 2019, standalone CPA cover for owner-driver may be issued.

“Keeping in view the date of implementation, as an interim measure, insurers may price the product in accordance with their general pricing philosophy, based on actuarial principles for the risk in question,” it added. IRDAI also said that if it finds the pricing approach is not in line with actuarial principles, suitable direction would be issued.

The changes have been affected f feedback from various quarters wherein it has been pointed out that many owner-drivers already have existing general personal accident covers which ought to be taken cognizance of.

Also, the fact that owner-drivers may own more than one vehicle needs to be taken into consideration in a more rational manner so that the owner-driver does not have to take different policies for the different vehicles that he/she owns.

After a detailed examination of the issues, IRDAI  said it was decided to unbundle the CPA cover and permit the issuance of a stand-alone CPA cover for owner-driver.