Slain militant Ishfaq was a management student, had quit job in a top bank 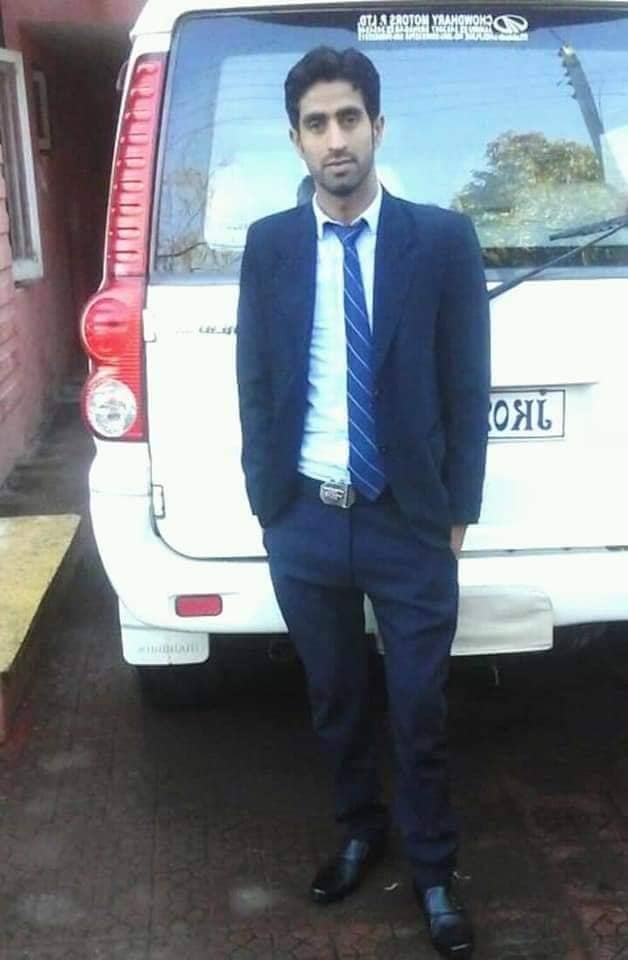 Srinagar: Thousands of people participated in the last rites of a wealthy militant here in Koil village of South Kashmir’s Pulwama district.

Ishfaq Yousuf Wani, a resident of Koil Pulwama who joined militant ranks in July this was killed at Bandarpora gunfight on Friday morning. Government Forces including 55 Rashtriya Rifles of Indian Army had cordoned off the village after receiving inputs about the presence of militants.

As the search operation was launched, militants opened fire triggering a gunfight.

Local sources said that two militants managed to break the cordon amid local protest while Ishfaq Yousuf Wani was killed in the gunfight.

The post gunfight clashes resulted in the injuries of over dozens of people while Pulwama town and its adjacent areas including Rangmulla, Naira, Tahab, Nownagri, Zasoo, Tamlahal, Gangoo, Karimabad and others remained shut to mourn the killing of Ishfaq.

Thousands of people participated in his last rites that was held at his native village Koil. Ishfaq Yousuf was laid to rest amid pro-freedom and pro-Islam slogans.

Ishfaq who came from an affluent family and own his own shopping complex was an MBA student. He completed his studies at Baba Ghulam Shah Badshah University. “He left home on 19 July this year with a word that he will pursue PhD course and after that we never saw him. We came to know through social media that he has joined militant ranks,” said one of his relatives to news agency CNS.

He said Ishfaq was a born businessman. “He was witty and had set up his own shopping complex. He could have earned millions while sitting at home,” he added.

Ishfaq had lost his father Muhammad Yousuf on 31 August 1996 in a gunfight at Pinglena Pulwama. “His father was a top Hizb commander and an expert in making explosive substances for his outfit,” locals said.