Namaz banned at Taj Mahal, except on Fridays: Reports

Srinagar: Muslims will no longer be able to perform prayers at the mosque located inside the compound of India’s national landmark Taj Mahal, except on Fridays when the mosque is only open to locals, due to a decision by the Archeological Survey of India (ASI).

According to the Times of India daily, ASI officials said the order implements a Supreme Court ruling decided in July.

Local residents are allowed to pray between noon and 2 p.m. on Fridays without paying the entry fee. Before the decision, non-residents were able to prayer on any day other than Friday by buying a visitor’s entrance ticket. 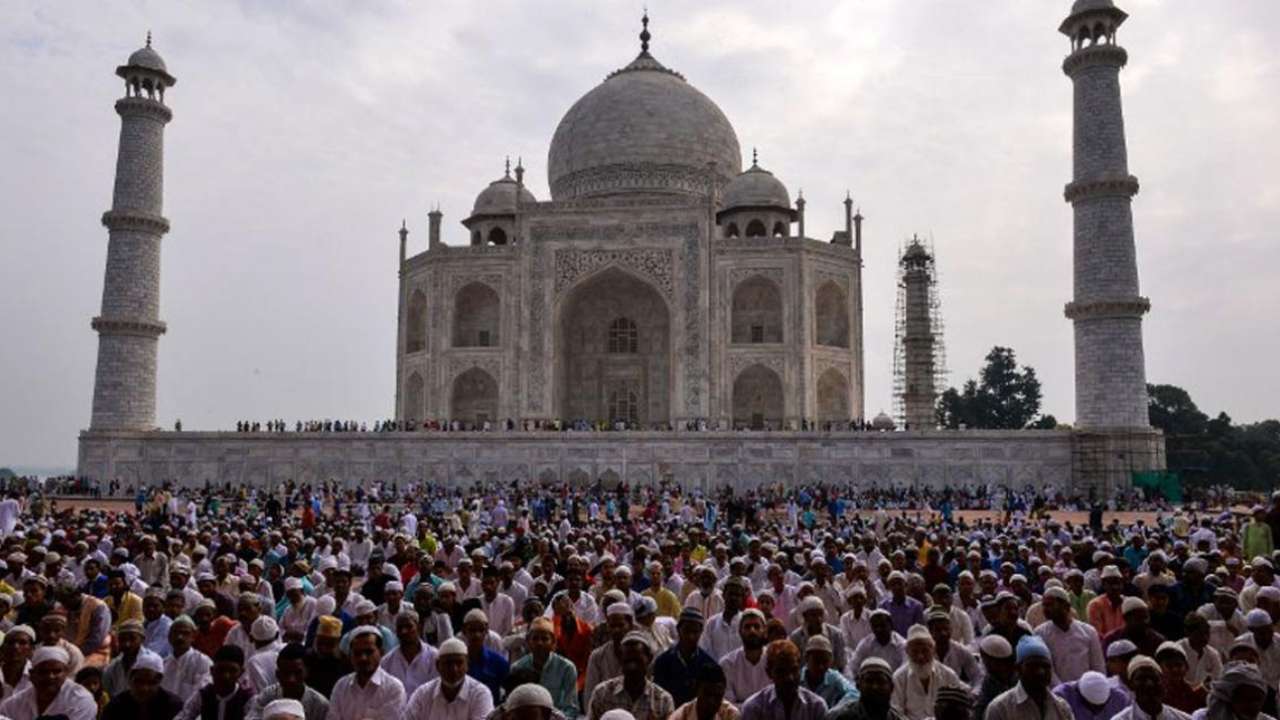 On Sunday, ASI locked the area where Muslims perform ablution before prayers, disappointing several tourists who had come to prayer at the mosque located next to the magnificent mausoleum. A few faithful were seen praying on the premises.

“There is no logic behind closing the doors of a mosque for the faithful,” one student who came to offer prayers on Sunday told Times of India. Other students called the move “anti-secular and retrograde.”

ASI also reportedly told the imam and mosque staff to come only on Fridays.

Syed Ibrahim Hussain Zaidi, the president of the Taj Mahal Intezamia Committee, told Times of India that there was no reason to stop prayers at the mosque, a long-standing tradition. He said the current government, both at the federal and state levels, has an “anti-Muslim” stance.

Zaidi said he plans to meet with ASI officials to raise the issue on Monday.

The order by the Agra additional district magistrate in January 2018 to ban non-residents from offering Friday prayers came following complaints that “outsiders, including Bangladeshis and non-Indians” were using the prayer time as a pretext to enter the complex on Fridays.

The order was upheld despite a petition filed to the Supreme Court.

Prime Minister Narendra Modi and his Hindu nationalist Bharatiya Janata Party (BJP), in power since 2014, have increasingly carried out measures seen as restrictive and oppressive toward India’s Muslim minority, which often faces mob attacks and lynching.

The UNESCO-listed Taj Mahal, built on the south bank of the Yamuna River in Agra between 1632 and 1653, was commissioned by Mughal Emperor Shah Jahan to serve as a mausoleum for his wife Mumtaz Mahal.