As J&K Bank threatens with legal action, The Kashmir press stands by its stories 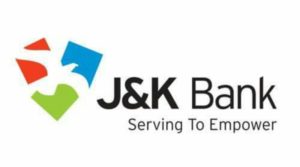 Srinagar: The Jammu and Kashmir bank has threatened The Kashmir Press for its revealing reports on the bank.

But, the Kashmir Press has reiterated that it firmly stands with its reports based on pure facts, adding, it is ready to fight any legal action, if any, initiated by the bank.

The Jammu and Kashmir bank sent four legal notices to The Kashmir Press office after it published a story that how government wanted to strip powers of the chairman bank, currently held by Parvez Ahmad Nengroo, after reports emerged that the bank was not functioning well, Non Performing Assets (NPA’s) by the defaulters were piling up and lack of transparency in the recruitment in the bank had raised serious controversies and questions.

In its notice titled, “Legal notice for defamation,” the bank wrote:

“You have carried out a write-up of on Mr Salar Khan titled, ‘Marred by corruption, government planning to split Jammu and Kashmir bank chairman’s administrative powers’. In the said write up, you have cast serious aspersions on the integrity of Jammu and Kashmir bank” The contents of the write-up are frivolous and and vexatious. The imputations with regard to the functioning of the bank and its top management are based on concocted assumptions rather than any substance/facts and are totally unwarranted.   The statements made in the report regarding split in the administrative powers of CEO and chairman are also speculative and baseless. The government has with an express denial about its today’s newspapers including Greater Kashmir”.

“The write-up under reference is nothing but a bundle of lies, published with the ulterior motive of tarnishing fair name and brand image of Jammu and Kashmir bank. The write-up has brought disrepute and defamed the bank in the estimation of not only its stake holders but the public at large. It has impacted reputation of the bank and sentiments of the investors”.

The bank threatened The Kashmir Press with the legal action, if it did not remove the story and tendered unconditional apology. It stated;

The Kashmir Press stands with its position on the report and the contents it carried.

Instead of  resorting to corrective measures to improve the bank functioning, the bank, as usual, shifted blame on the reports carried out by The Kashmir Press which have exposed the rot in the bank as far as NPA’s, backdoor appointments and other things like demanding donations arbitrarily from the employees for Kerala floods are concerned.

To be precise, The Kashmir press has not cooked stories.  It seems that Jammu and Kashmir bank has not even read the proper government statement issued by the former Governor NN Vohra led administration about the bad functioning of the bank which fully confirms our story.

The government issued a scathing statement on July 31 which give a shocking peep into the functioning of the government.

It was unfortunate that for unknown reasons no “big or greater” newspapers and other media outlets reported it in way it should have been.

Former Governor NN Vohra, while reviewing the functioning  of J&K Bank, not only tacitly took the bank to task but also pointed out at its malfunctioning.

During the meeting, the bank chairman put forward a detailed presentation regarding the performance of the Bank in the last four years.

He told the former governor and other participants in the meeting about the reasons for the losses incurred in the previous Financial Year and accumulation of Non Performing Assets (NPA) to the tune of Rs.6000 crore.

He informed that the Bank is expecting to recover an amount of Rs.4000 crore from the NPA accounts and all efforts are being made to maximize the recovery and early cleaning up of the balance sheet.

The bank chairman also explained the reasons of NPA, bulk of which has been in the Corporate Sector.

In return, the former governor stressed that the “credit appraisal system in the Bank needs to be strengthened and adequate checks and balances must be enforced at alllevels  to avoid similar situations in future”.

Also, Vohra then expressed “some” “anxiety over the Cost to Income Ratio and advised Chairman to bring the same down within an envisaged time frame and expand bank branches to particularly provide banking facilities in the far flung areas of the State”.

In the aftermath of reports of widespread backdoor appointments, former Governor advised that the recruitment procedures should be transparent and, preferably, recruitments made by an independent agency.

“Chairman was asked to review the earlier decision to abandon recruiting Probationary Officers in the Bank who, would grow to occupy leadership positions in the bank,” the statement had added.

Not only that on September 03, the present governor Satya Pal Sharma Malik during his meeting with the bank chairman told him to consolidate the “Bank’s functioning on every front and clean up all bad debts“.

The government statement itself exposes the truth behind the bank claims which try to portray that the Kashmir Press report was nothing but the “bundle of lies”.

The Kashmir Press story had covered all these aspects of the bank and reported as to why the government was planning to split the post of Chief Executive Officer from Chairman bank as it was fed up with recurring controversies and malfunctioning.

Lastly, The Kashmir Press will continue with its reports on the Jammu and Kashmir bank and will not bow before threats which are aimed more to throttle the whistle blowers.