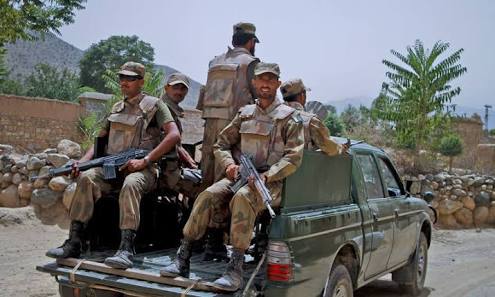 Kabul: Three soldiers including a women were killed in firing along Pak-Afghan border in Shawal area, of North Waziristan Agency, media reports said.

Reports said that the terrorists from across the Pak-Afghan border “attempted multiple physical and fire raids on Pakistan Army posts in Shawal”.

The soldiers who were killed have been identified as Havildar Iftikhar, a resident of Sargodha, Sepoy Aftab from Chitral and Sepoy Usman resident of Gujrat.