On a weak wicket, Delhi contemplates extending ceasefire beyond Ramzan 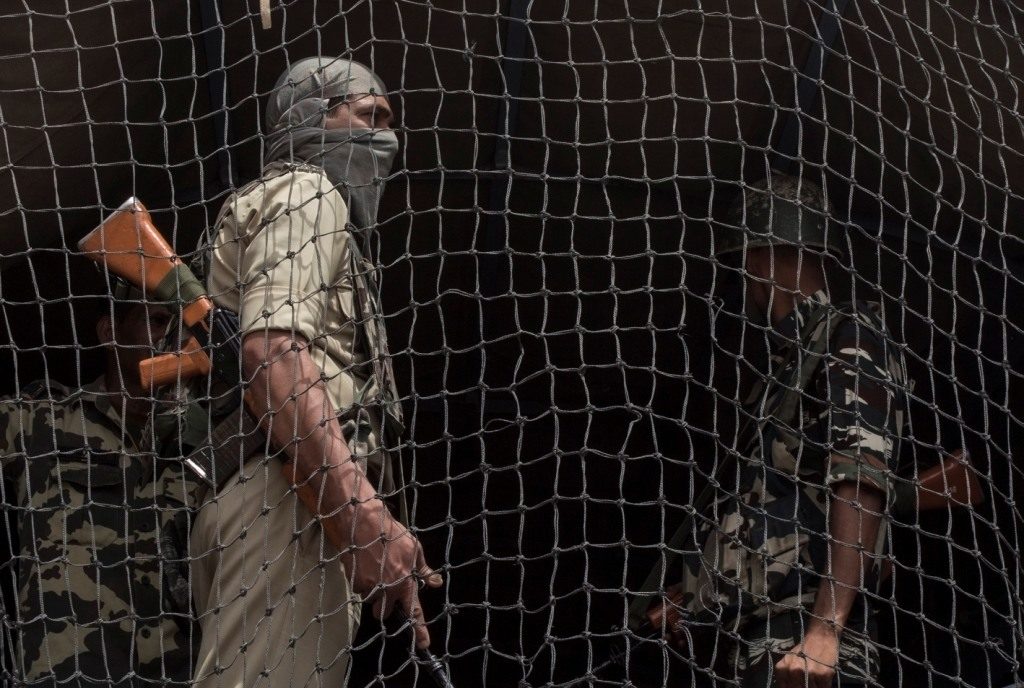 Is dialogue with Pakistan and Hurriyat is in the offing? Picture : Abid Bhat

Srinagar: It was after intense international pressure, escalating border tensions, worsening situation within Kashmir coupled with a realisation that New Delhi’s muscular Kashmir policy was not working to pacify rebellious Kashmiri population that compelled India’s Home Minister Rajnath Singh to announce a halt in operations, top government sources have revealed.

Not only that, the sudden change in Delhi’s attitude as far as talks with Pakistan and Hurriyat are concerned also stems from this very realisation that it was important to cool the border and lower intensity of the conflict inside Kashmir so that the upcoming parliamentary polls scheduled for 2019 could be held peacefully.

“International pressure was mounting on Delhi to open talks with Pakistan and the Hurriyat,” government sources said.

But, more than that, the biggest challenge faced by Delhi was the raging conflict within Kashmir and external conflict on Kashmir borders, Line of Control (LoC), working boundary and international border.

“There has been intense cross-border shelling initiated by Pakistan this year,” the sources said.

“The situation is such that tens of thousands of people had to migrate from border regions of Jammu. Those people mostly represent the BJP’s core constituency. The situation on border is really serious and escalatory. The Pakistanis were deliberately mounting pressure on the borders knowing well that the situation in Kashmir was not right,” they added.

Sources further said that the situation in Kashmir too had not improved and instead was worsening day by day despite Delhi employing its militaristic policy without any visible success on the ground.

“There was complete agreement in Delhi that a two-front war in Jammu and Kashmir cannot be handled,” sources said.

They said that the Narendra Modi-led Bharatiya Janata Party (BJP) government is also going for general elections next year and the lofty claims of the government that it will deal with Kashmir and Pakistan with an iron fist were turning hollow.

“Keeping focus on forthcoming elections, they had to also move the reserved forces from the state to mainland India. It was not possible for them to move the force if the situation remained as it is,” sources said.

Thus, began the process of extending an olive branche from Delhi, sources said, adding, “the recent visit of Indian journalists to Pakistan was nothing but a lobbying exercise to go for a political engagement with Pakistan”.

“India’s home minister Rajnath Singh is highly supportive of political engagement with the Hurriyat and Pakistan. He along with Prime Minister Narendra Modi played a very vital role in halting security operations in Kashmir despite stiff resistance from several BJP leaders including the army,” sources revealed.

They said that Chief Minister Mehbooba Mufti “knew about the unilateral halt in anti-militancy operations in Kashmir at least 20 days before it was announced”.

“The confidentiality was such that even defence minister Nirmala Sitharaman had no idea that centre will announce the ceasefire,” sources said.

“But, the Cheif Minister knew about the ceasefire and that is why she called for Ramadan ceasefire during the all-parties meet in Srinagar. She knew ceasefire will be announced,” they said.

On the other hand, as the talks of peace are going on, sources said there is thinking in Delhi that post-Ramadan the ceasefire could be extended further by at least one more month.

“It is now seriously making ground for engagements with the Hurriyat and Pakistan. There is likelihood that talks might soon be announced. It is also the reason Chief Minister has also started talking about talks with Pakistan and Hurriyat,” they said.

The government sources said the forces would be working on different strategy which will involve arresting the militants instead of killing them.

“There is realisation in government and security grid that the killings of local militants is proving futile and counterproductive,” sources said.

“So the idea now is arrest the militants since all the top and known militant commanders have been killed in last 15 months. The only militant which is left among the known faces is Zeenat-ul Islam,” they said.

Speaking at an event organised by Hindi television channel Aaj Tak on completion of four years of Modi-led government in New Delhi on Saturday, Home Minister Rajnath Singh said that India was ready to have a dialogue with the Hurriyat.

Mr. Singh also held talks with top officers including those from bureaucracy, intelligence grid and army all of whom have reportedly batted for dialogue with Pakistan and the Hurriyat “to bring peace in Kashmir”.

Similarly, the Indian Army Chief General Bipin Rawat also made the right noises by hinting at the possibility of extending cessation of anti-militancy operations in Kashmir even after Eid-ul-Fitr.

General Rawat’s words against the under fire Major Gogoi also suggested that India was deeply concerned about the Army’s image among the people of Kashmir which has “taken a serious hit” in recent times.

Key Kashmir watchers observed that Delhi was also worried over big gatherings during funerals of slain militants which threw challenges at multiple levels.

“One, the funerals arouse strong passions and help in further strengthening of the anti-India sentiment, and two; they also become a reason for fresh militant recruitment, thus killing the very idea of going tough against militancy,” they said.

Since 2016, government forces have killed nearly 700 people which include 460 militants and 235 civilians.

“Civilian killings after almost each gunfight with the armed rebels have also fuelled more anger against the ruling dispensation,” they said.

Government is also worried that in the upcoming polls they might face a repeat of what happened in Budgam district during parliamentary by-elections which witnessed 2 per cent and 7 per cent voting in two phases amid civilian killings and civilian protests.

“Delhi is not prepared to face Budgam-like embarrassment in south Kashmir which was considered a PDP bastion until last Assembly election,” said an analyst.