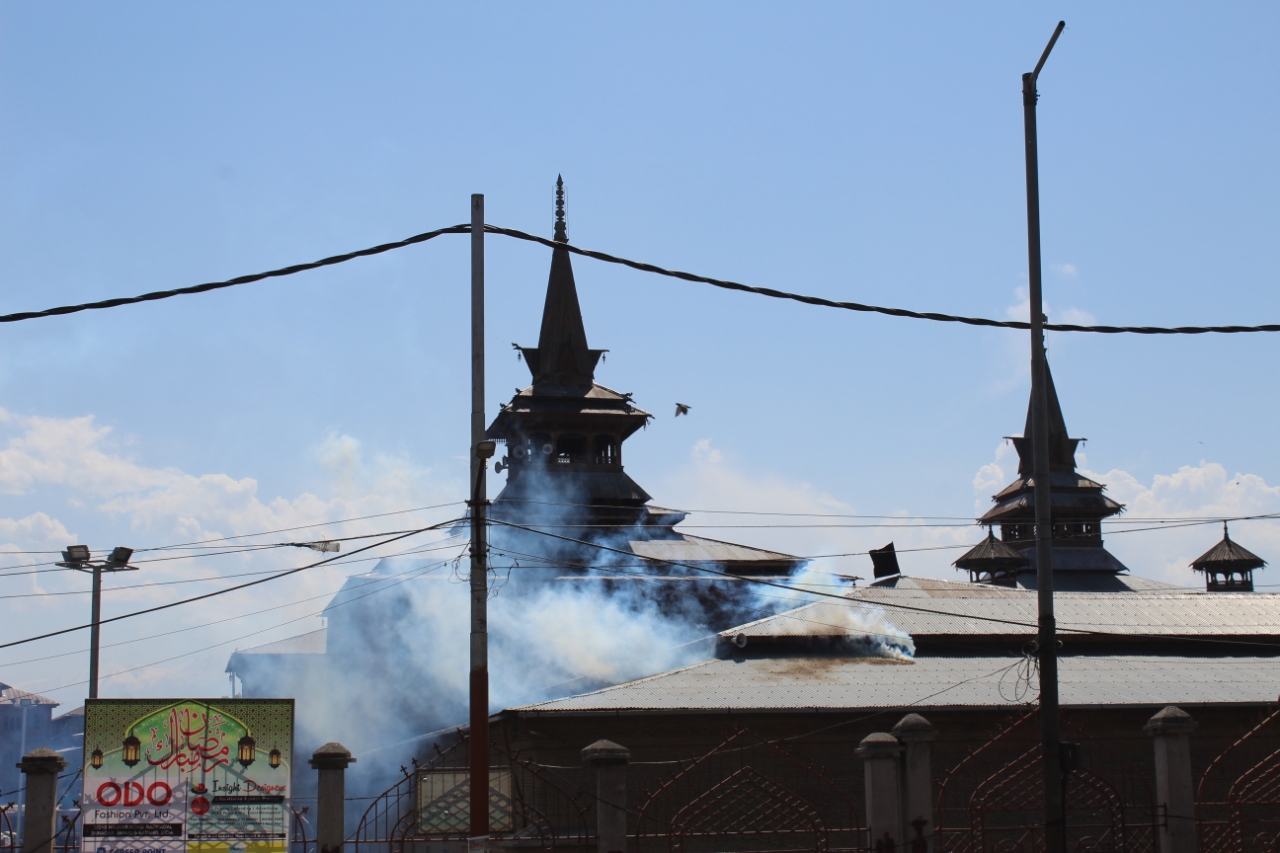 Srinagar: A complete shutdown was witnessed in old city to protest the use of indiscriminate force on pro-freedom protesters and worshippers at Jamia Masjid in Nowhatta Srinagar after Friday prayers.

At least 30 persons sustained injuries, many in their eyes, after police used pellets and tear gas canisters against the pro-freedom protesters and worshippers outside and inside the premises of Jamia Masjid.

The shutdown call was given by the Jamia Market Traders Federation following the clashes on Friday.

All the shops and other business establishments remained closed throughout the day in the area.

Traders federation also staged a protest against what they termed as the forces ‘highhandedness’, demanding authorities to lift the deployment of forces around Jamia Masjid.

Joint Resistance Leadership (JRL) strongly condemned the use of brute force including the use of lethal pellets on the devotees who had come to offer Friday prayers at historic Jamia Masjid.

The JRL said the use of brute force against the protesters left dozens of faithful grievously injured many of them hit by pellets in eyes. They said accused forces of resorting to the disproportionate use of force against youth, namazis, pedestrians and even shopkeepers of Jamia Market.

They blamed the heavy deployment of forces around Jamia Masjid ahead of Friday prayers for the situation and tension that arose in the area in which tens of dozens of people received injured due to pellet firing.

The trio said that in the holy month of fasting people from far off places of Kashmir visit the grand Masjid to listen to the Friday sermon and to seek blessings and forgiveness from the Almighty Allah.

“As it is a place which echoes the aspirations of people, Jamia Masjid has always been an eyesore for the ruling regime which wants to target the centrality of Kashmir’s spiritual centre and discourage people from coming there,” JRL stated.

“Even Friday prayers are repeatedly barred as government displays it’s military might that day to ensure nobody reaches the grand masjid,”.

Meanwhile, JRL leaders Mirwaiz Umar Farooq and Muhammad Yasin Malik participated in the silent sit in staged by the Shahre Khaas traders against forces atrocities including firing of pellets and teargas shells and condemned the forces action in strongest words.

Speaking on the occasion, the two leaders said the Jamia Masjid is the religious and spiritual centre of Kashmir and no move by the government to weaken its sanctity would be tolerated.