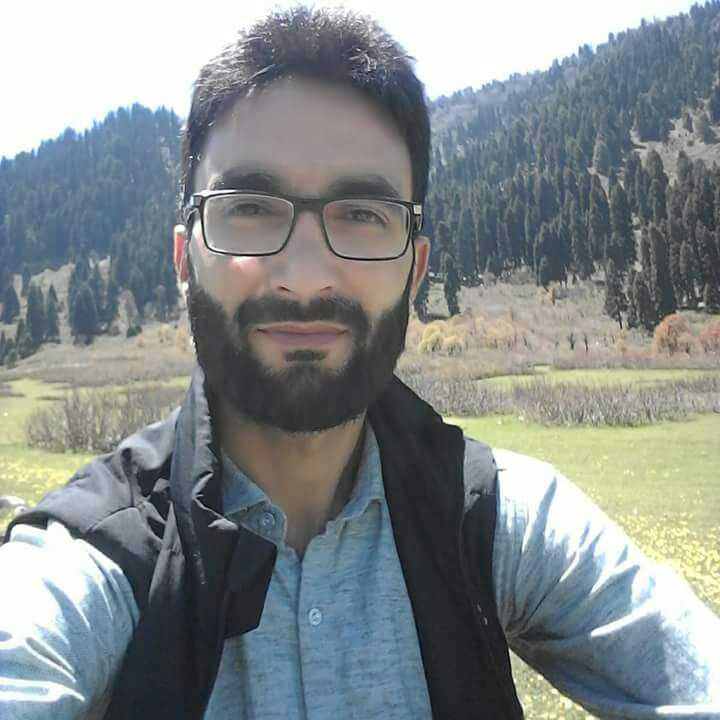 The Kashmir University is witnessing protests after an Assistant professor, Doctor Muhammad Raafi Bhat has gone missing since Friday afternoon.

Raafi, a contractual lecturer, was working in the sociology department of the Kashmir University from past two years.

On Saturday morning, students and the family members approached  the proctor of the university and sought university’s intervention to trace out the professor.

Afterwards, they staged protest outside the proctors office demanding, “Get back our professor”.

As the last reports poured in, the protesters were marching towards the Vice Chancellors office to stage a protest outside his office.

The university students said that Mr Raafi, a resident of Ganderbal, was last seen at around 2:30 pm Friday.

“From then he is missing,” a university student said.

The Kashmir University’s Public Relation Officer, Faheem Aslam Mir said they have already shot a letter to the police, seeking the whereabouts of the missing professor.

“We have shot a written complaint to the station house officer  asking him to find the whereabouts of the professor,” Mir told The Kashmir Press.

“We should wait till police comes out with its findings”.

Mir said a scholar has seen the assistant professor at 2:30 pm, adding, it will be premature to arrive at a conclusion regarding the missing of Dr Bhat.

The professor’s family, which includes his wife and parents, were staying along with Dr Bhat at the University.