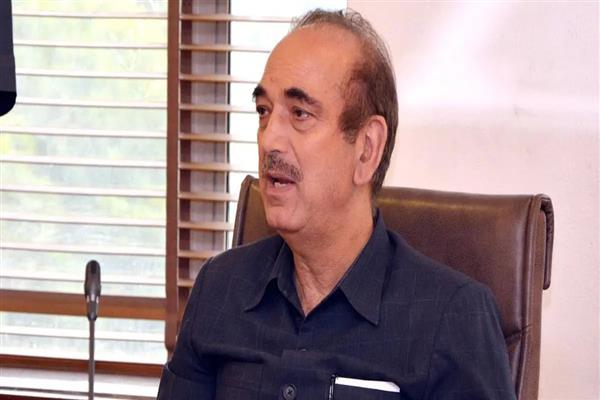 According to a statement, Azad has taken serious note of the Govt. order vacating the State land allotted under the Roshni act and Kahcharai land by the end of current month. He said he had provided the land under Roshni Scheme as Chief Minister to poor, needy and landless for building houses and cultivation but now the prevailing regime is snatching it back that too in harsh weather conditions. Those who in my government were provided land to build houses or cultivate to sustain their livelihood are rendered houseless or landless in the present dispensation.

This practice should end and government should be more humane in dealing with such issues,” he said. Mr Azad said that the people of Jammu Kashmir are the first beneficiaries of its resources. He said his party will continue to fight against all anti people decisions. “Be it jobs or lands, the people of Jammu and Kashmir have first rights over it. The government must understand it and spare the poor and landless people,” he said. He said his party’s agenda is to secure the lands and jobs for local people in Jammu and Kashmir and he will ensure no one is bereft of his or her rights, if voted to power.