‘Our destiny with India only, don’t fall in trap of leaders playing politics of betrayal’:  Altaf Bukhari 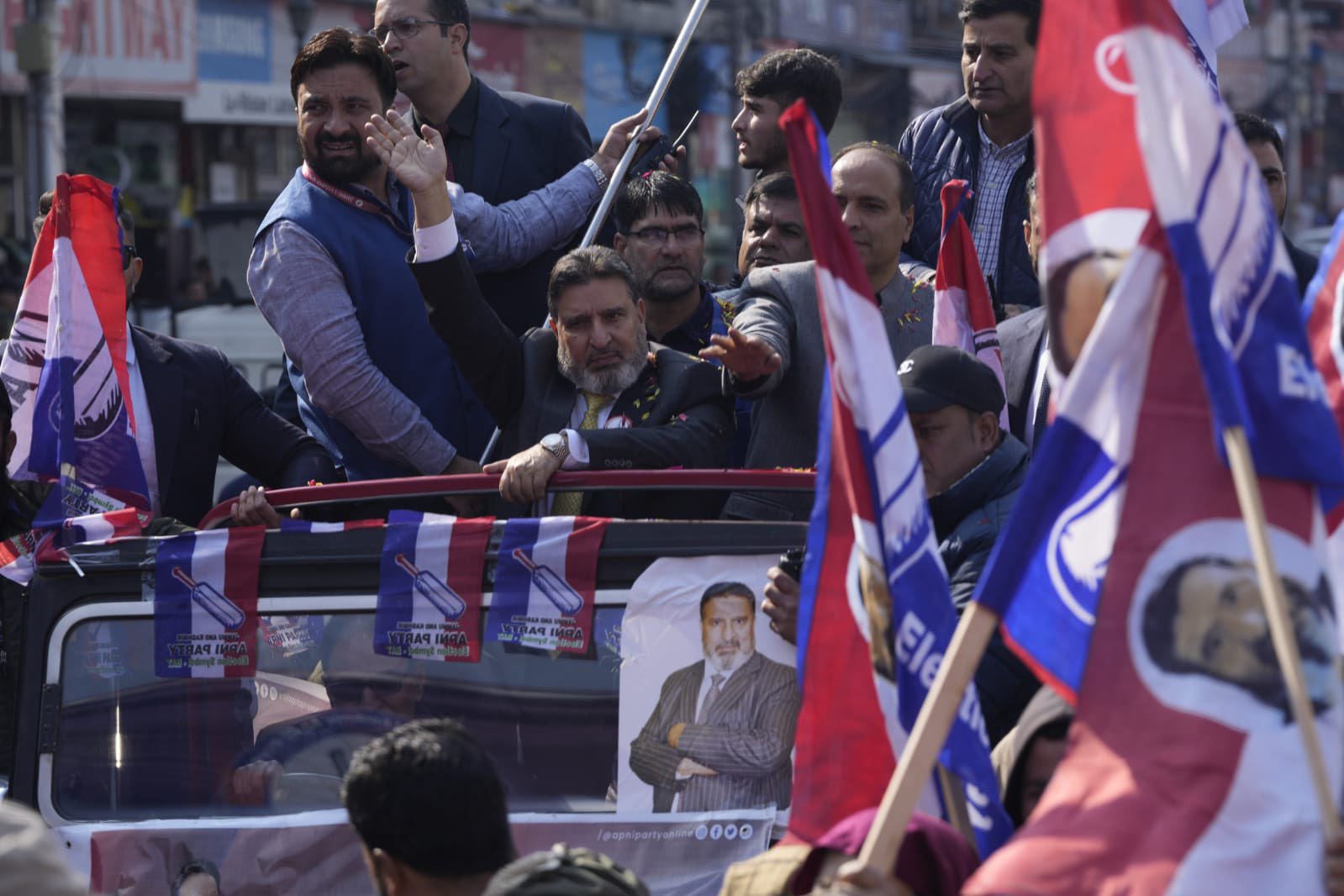 Srinagar, Nov 12: Stating that the Article 370 can’t be restored through elections or other things, Apni Party President Syed Altaf Bukhari on Saturday said that his party will spend crores of rupees on lawyers and other things to fight the case tooth and nail for the revocation of the August 05, 2019 decision by Centre.

He also said that the party will constitute a team of leaders to visit the youth languishing in jails across India to collect their details and seek a chance for them.

Addressing a gathering at Apni Party convention at Sher-e-Kashmir Stadium here, Bukhari appealed to the government to restore the Statehood as it existed on August 04, 2019.

He said that the politics of betrayal being played by the leaders here have always pushed the people to the wall, but Apni Party will never indulge in such tactics and would always speak truth before the people.

“I want to tell you people that Apni Party can’t bring Article 370 back after forming the government, but it can only be restored through the Supreme Court (SC), where the case is subjudice at present. The decision taken on August 05, 2019 cannot be revoked through the elections, but I assure you that Apni Party will spend crores of rupees on lawyers and other things to fight the case tooth and nail and ensure that the special provision to Jammu and Kashmir is given back,” he said.

“Our destiny is with India only, but whatever our sufferings are, is because of India itself. However, these issues can only be resolved by India only,” he said and appealed to people not to fall into the trap of other leaders, who claim high and tall.

“I urge all to come forward and start a new politics, where no violence, no fight will exist, and only the betterment of the people will be focused,” he said.

About the youth languishing in different jails in and outside the Valley, he said that the youth here are being put in jails for cricket matches, August 15 and other occasions. “Our party has decided to constitute a team, which will visit the jails across India including J&K and collect their details in jails and from their parents. We will meet the Prime Minister Narendra Modi and Union Home Minister Amit Shah to seek a chance for them. We will feel no shame in it,” he said.

Promising employment to the jobless youth, he said that the party after assuming the power in Jammu and Kashmir will come up with the jobs and other measures that will help the youth to earn their livelihood.

He also announced that the party will take a decision within seven days of power with regard to over 1.5 lakh daily wagers, whose fate is hanging in balance for a long time now.

“Electricity is being generated here and unfortunately the people don’t get benefits from it. So, we have decided that after assuming the power, Apni Party government will supply free 500 units of electricity to Jammu residents in summers and 500 units to Kashmir residents in winters,” he said.