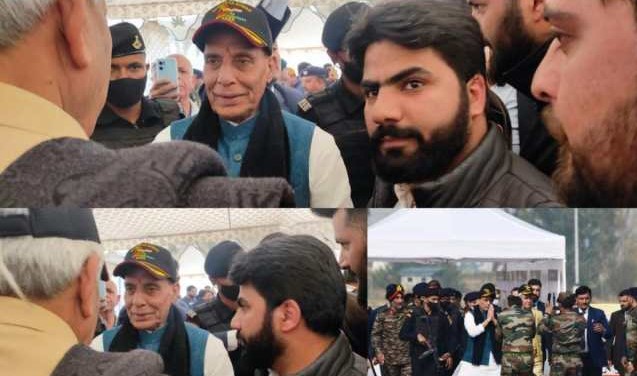 KUPWARA, OCTOBER 28: As part of e-inauguration ceremony of 75 Infrastructure Projects by Union Defense Minister, Rajnath Singh, the Hajibal-Z Gali-Machill road was inaugurated by him here today at Surkoli Kalaroose through virtual mode.

It was informed during the event that the Hajibal-Z Gali-Machill road, spreading over a length of 33.96 km has been constructed with a cost of Rs. 83.66 crore by Border Roads Organization 109 RCC GREF, Kupwara.

Meanwhile, Deputy Commissioner congratulated the BRO team for e-inauguration of the road by the Union Defense Minister.