Those trying to destabilize peace in J&K will have to pay a heavy price: J&K LG Manoj Sinha 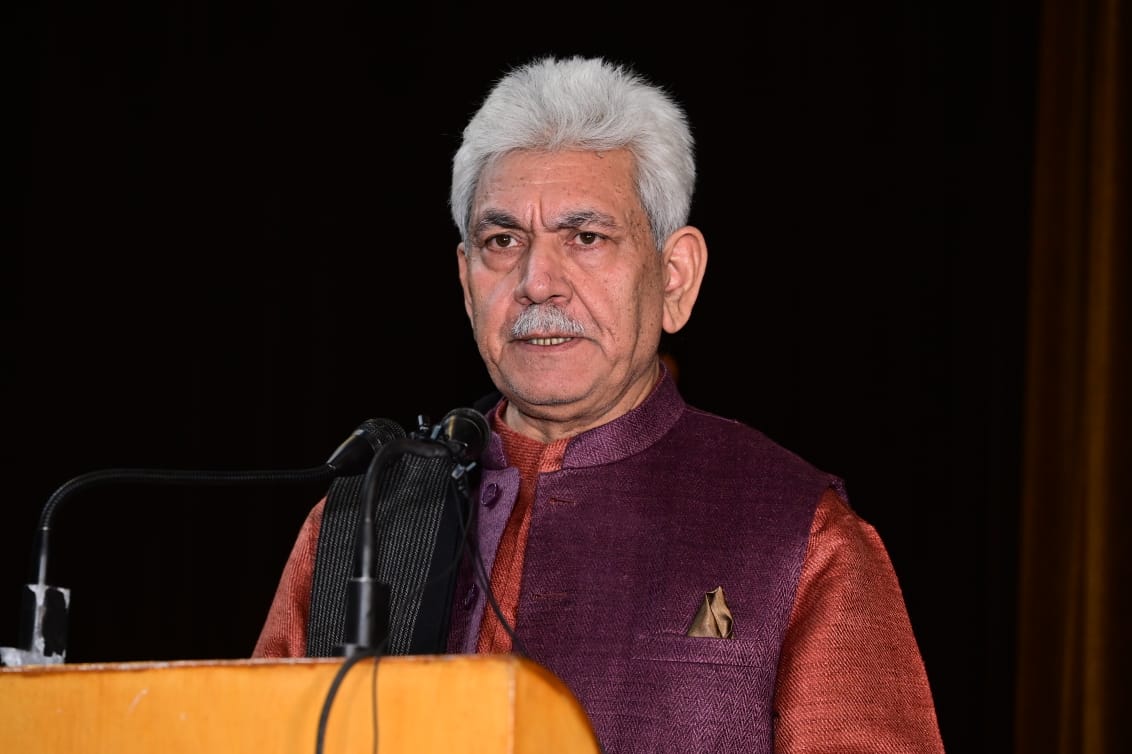 Srinagar, Oct 21: Jammu and Kashmir Lieutenant Governor Manoj Sinha Friday said that no one will be allowed to disrupt the peace in the UT and those hatching conspiracies to “destabilize the peace will have to pay a heavy price.”

Addressing the police commemoration day function at Armed Police Complex Zewan, Srinagar, the LG Sinha, said police force has been doing commendable job in the UT since past three decades. “Be it maintaining law and order, fighting terror, managing traffic or curbing day to day crime, police is on the fore front. J&K police is the country’s best force fighting on multiple fronts with utmost professionalism,” the LG said.

He said that J&K police have offered supreme sacrifices in establishing peace in the region and “rooting out terrorism and separatism.” “But there are still some elements who at the behest of our neighbouring country try to hatch conspiracies to disrupt peace. Elements trying to disrupt peace in J&K will have to pay a heavy price,” LG Sinha thundered from the stage. He also said that the police and security forces will avenge every drop of tears shed by the families of martyrs.

“Best tribute to martyrs will be to push the last nail into the coffin of terrorism,” he said, adding that the way cross section of society has come out on roads to condemn the brutal killings of minorities and non-local labourers, signifies and that “terrorism was on its death bed and won’t survive for long.”

Without naming any political party, the LG said that those trying to justify the innocent killings for their personal gains, were actually challenging the country’s sovereignty and integrity. “I don’t hesitate to state here that if needed, such people will face action as per the law,” Sinha said.

Hailing the police and other security forces for establishing peace in J&K, LG Sinha said that in the last three years, huge success has been achieved to wipe out militancy.

“We have succeeded to a large extent in rooting out the militancy and separatism,” he said, adding that it was due to the great contribution of police and supreme sacrifices offered by police martyrs that today, people of J&K were heaving a sigh of relief and breathing in a free air. “Society as a whole needs to boycott the elements who are still trying to disrupt peace in J&K for which there are supreme sacrifices of police and security forces, who laid their lives for establishing peace here,” he said.

The LG said that J&K police has been fighting the new challenge of narco-terror through its quick action response.

“We committed to provide the police force with all latest gadgets and innovative means to fight terrorism and other challenges related to it,” he said. The LG said that the administration was committed to the welfare of police martyrs’ families through welfare schemes, financial assistance and childrens’ education. kno