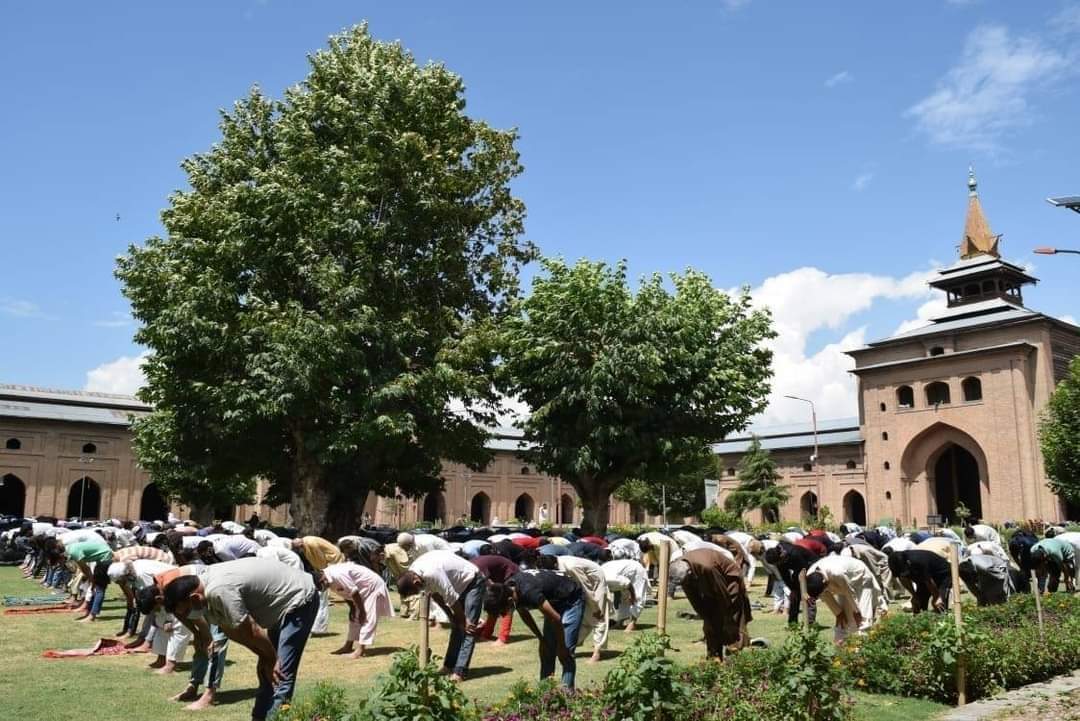 Thousands of devotees thronged the revered shrine and participated in the congregational Asar prayers—Khawaja Digar, a special prayer, being offered annually at the shrine on every 3rd of Rabi-ul-Awwal. The day marks the commemoration of the annual Urs of the saint of Naqshband Sahab (RA).

The first Islamic cleric namely Moulana Sidiq-ul-llah Shah started the religious practice 400 years ago at the shrine and the revered Saint, Khawaja Bha-ud-din Naqshband (RA) has never missed the Asr (post afternoon prayers) in his entire life thereby the special prayers at this time known as ‘Khoja Diggar’ is being held every year on the 3rd of Rabbi-ul-Awwal here to pay respect to the revered Saint.

After three years of Covid-19 pandemic, the devotees thronged the shrine without any fear and participated in the traditional prayers peacefully.

People from Zuhr (afternoon prayers) start thronging the shrine to participate in the special prayers.

The devotees said that adequate arrangements were put in place at the shrine. They thanked the Waqf board for taking measures to ensure smooth and peaceful observance of ‘Khoja Digger’.

Special prayers were also held for the peace and prosperity of Jammu and Kashmir on the occasion.kno