All trucks stranded on NH-44 will be cleared by tonight: Div Com P K Pole 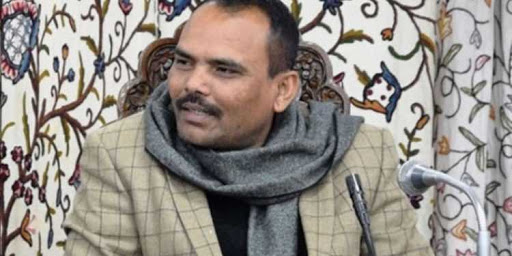 Srinagar, Sep 26: Divisional Commissioner Kashmir P K Pole on Monday said that by tonight all trucks stranded on the Srinagar-Jammu National Highway will be cleared and that there were natural reasons for halting of trucks on the highway.

Pole said that all trucks including fruit-laden trucks will be cleared on the National Highway by tonight.

He added that trucks and other vehicles are only halted on the highway when there are shooting stones at some places along the highway and due to inclement weather.

“The allegations levelled by fruit growers’ associations that trucks are deliberately halted on the highway are half truth. By tonight all trucks will be cleared on the highway,” he added.

Meanwhile, in a statement, a spokesperson said that all stranded Jammu bound trucks will be cleared by tonight and around 4000 trucks were on way.

The statement reads that around 46, 000 goods laden trucks including 29000 apple trucks have been sent out of Kashmir since September 01.

“The claim made by certain fruit growers’ association on the halting of fruit trucks is half truth and natural reasons are hindering traffic. We have difficulties in the movement of traffic on the highway due to rains and resultant shooting stones which is beyond human control,” it added.

It further reads that normally apple production in Kashmir is 17 metric ton but due to abundant rainfall, there has been a bumper crop and will cross 21 metric ton.

“Truckers should use the alternate Mughal road to lessen the burden on Srinagar-Jammu National Highway, while administration is making all efforts to maintain the flow. Drivers of empty vehicles are also appealed to use Mughal road,” it added.