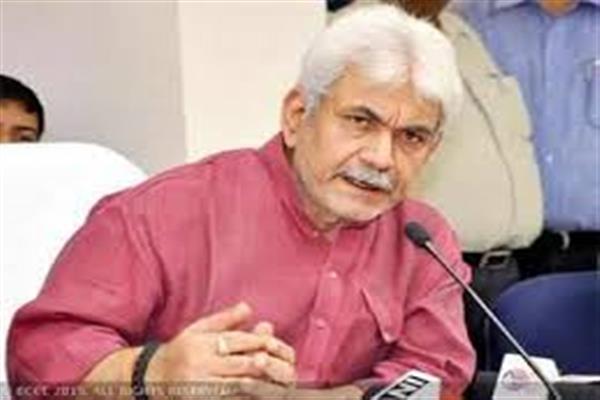 Jammu, Sep 16: Jammu and Kashmir Lieutenant Governor Manoj Sinha on Friday said that the decision to declare the birthday of Maharaja Hari Singh as a public holiday was taken to acknowledge the contribution of late Maharaja and respecting the sentiments of the local people.

“Respecting the sentiments of the local people, this decision has been taken in view of the contributions of late Maharaja Hari Singh. I expect the official orders to be issued in a 2 or 3 days,” LG Sinha said.

The announcement was made by Lieutenant Governor, Manoj Sinha following his meeting with a delegation comprising prominent political leaders, members of the Yuva Rajput Sabha, and civil society members, including the head of the Jammu and Kashmir transport union.

Speaking on the occasion, LG Sinha said aids and assistive devices for empowerment of Divyangjan and bringing them in the mainstream of society have always been one of the topmost priorities of the Government.  Such initiatives are fitting tribute to the ideals and values that our society stands for.

The Lt Governor felicitated Dr Sanjay Sharma of GMC Jammu and Dr Vikas Padha of Shri Mata Vaishno Devi Narayana Super speciality Hospital for their exemplary service and endeavour towards the noble cause of serving the people.

Enlightened citizens of the society and voluntary organizations must come forward and complement the government’s efforts to provide succour to the sufferings of the people and contribute to accessible India campaign, he added.

Our ancient texts are a beacon of light for humanity. The source of our prosperous present and future is deeply rooted in Sanskrit scriptures. I convey my best wishes to Chudamani Sanskrit Sansthan for social service and promotion of Sanskrit, the Lt Governor said.

Jagadguru Shankaracharya Swami Shri Adhokshajanad Dev Tirtji Maharaj, while speaking on the occasion, appreciated the development works carried out by UT Administration, especially for the promotion of Sanskrit. He also lauded the government’s arrangements for this year’s Shri AmarnathJi Yatra. Not only the government, but everyone should come forward to serve mankind, he added.

Prof J.P Sharma, VC SKUAST-Jammu, in his address, highlighted the initiatives taken by the University while discharging social responsibility.

Sham Lal Sharma, former Minister, while complementing the organizers for the camp, said that this message should be conveyed to every nook and corner of Jammu and Kashmir so that the maximum number of needy persons can be helped. kno