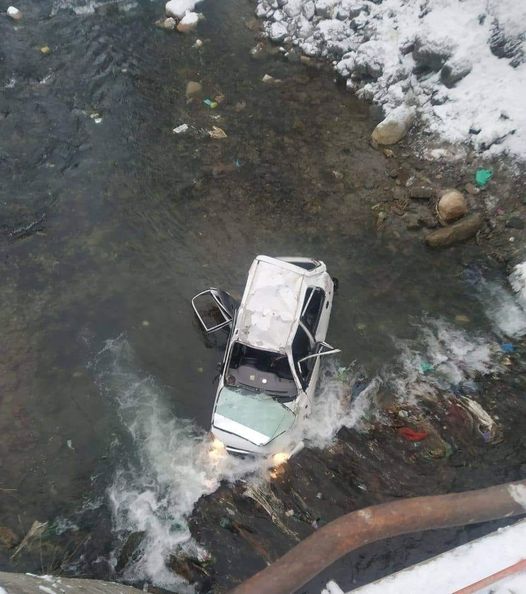 Jammu: Two persons were killed when a private vehicle they were travelling in skidded off the road and fell into a gorge in Doda district on Monday morning, officials said.

A police officer said that at about 10:15 hours, information was received that one Alto 800 car (JK06A-6864) fell in the gorge near Nandna area of police station Thathri, resulting in the on the spot death of two persons.

They have been identified as Ajay kumar son of Mahender Singh of Chirna and Ranjeet Singh son of Som Lal of Jagote Phagso.

Station House Officer of police station Thathri, Amrit Katoch confirmed and said that a case has been registered and further investigations take up in this regard. gns