Gear up ahead of assembly elections: Azad to leaders 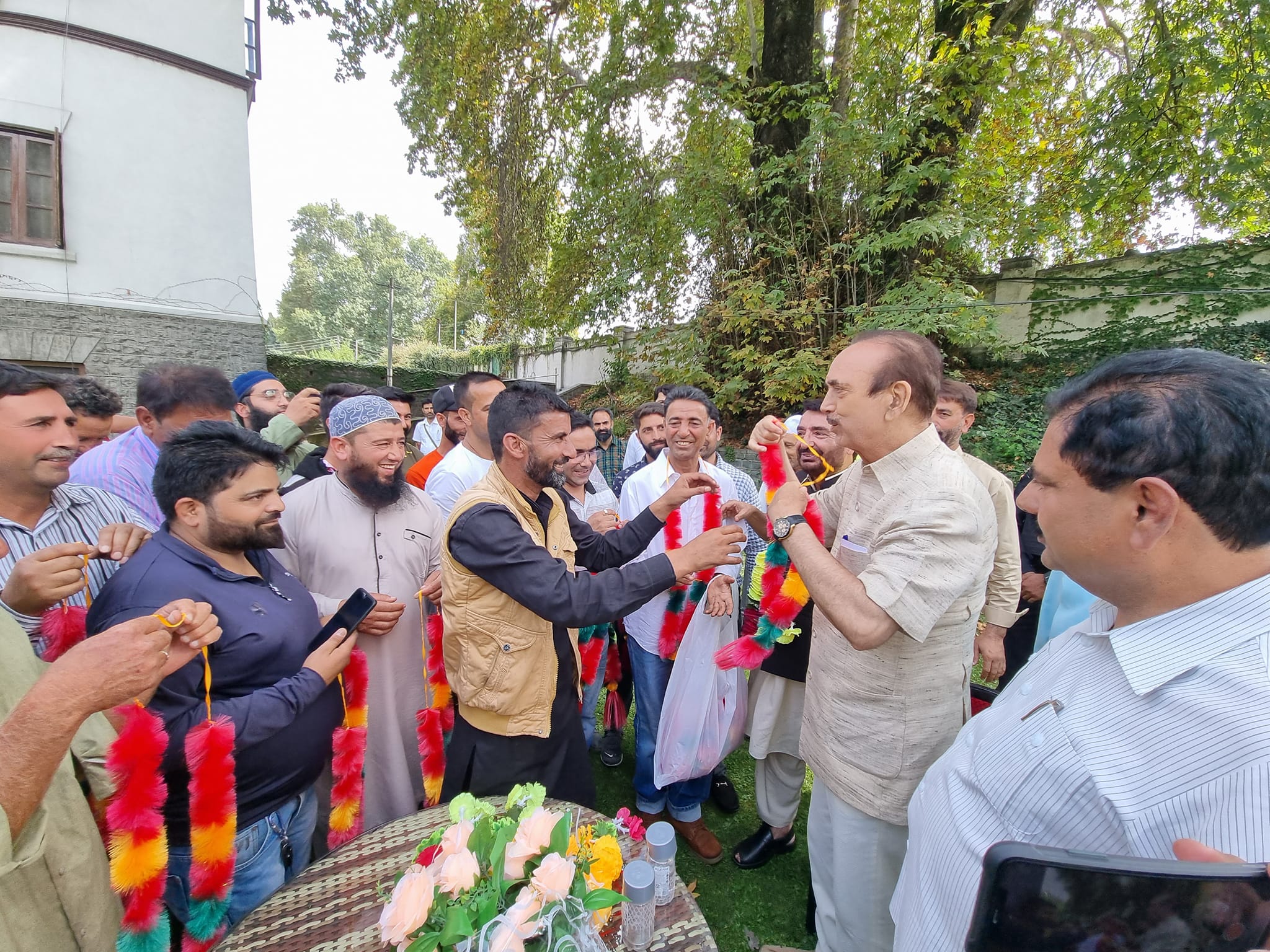 Deputations include ex-legislators, DDC members, ex-MP, Corporators, Sarpanchs, social activists, transporters and others, who have expectations from Azad, a statement said.

People were over whelmed by his visit and decision to launch new party to work for the betterment of the people.

Azad gave ample time to all. This has pumped new energy among the Azad supporters and well-wishers. The people from various areas who met Azad extended their full cooperation & support to him in all his future endeavours, it said.

In Kashmir, people are suffering. There is no development, jobs. They demanded to raise the voice for statehood, job rights, land rights. Each and every deputation got ample time to put forward the grievances and suggestions.

Azad asked leaders to visit their respective constituencies and reach out to people to sort out their problems. He also asked the workers to gear up their efforts for developing contact with people with upcoming assembly elections in view.

He exhorted upon all workers and leaders to put in their best effort for strengthening the unit in the J&K.