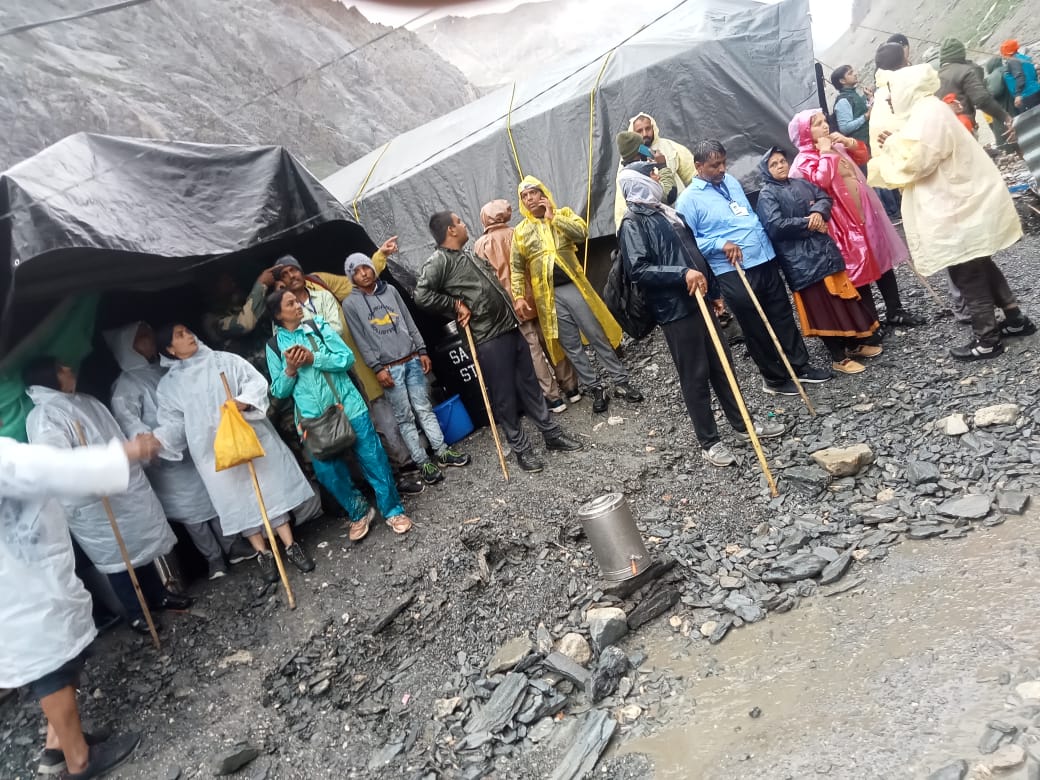 Srinagar, Sep 12: The much-needed Digital Contour Mapping (DCM) is all set to be completed by the end of this month (September) with officials claiming that 50 percent of the project has been completed so far.

General Manager, Works, Shri Amarnath Shrine Board (SASB), R K Bhat said that the work on DCM is in full swing and so far 50 per cent of the work has been completed.

“It is expected that the work will be completed by the end of this month,” he said.

Pertinently, the process could not take pace in wake of the annual pilgrimage and the inclement weather conditions.

The decision to conduct Digital Contour Mapping (DCM) of Amarnath Cave and its adjoining areas, announced by Lieutenant Governor, Manoj Sinha was taken to prevent the human losses due to natural calamities.

The announcement was made just a few days after over a dozen people were killed and several others were injured in flash floods triggered by a cloudburst near the cave shrine of Amarnath on July 08, 2022.

The Lieutenant Governor had said that he has requested the Surveyor General of India to conduct a DCM of the Amarnath Cave and its adjoining areas.kno