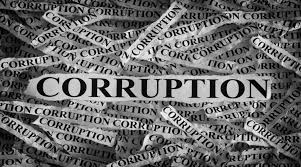 Srinagar, Sep 07: In a matter of concern, at least seven elected representatives of urban local bodies and panchayats have been arrested by the sleuths of the Jammu & Kashmir’s premier anti-graft body, Anti-Corruption Bureau, in corruption cases.

According to details available  four corporators and three Sarpanchs have been arrested by the ACB while accepting bribe from different parties.

The data available with ACB reveals that on April 23, 2021, Shameema Bano, chairperson of Municipal Committee (MC) Qazigund was caught while accepting a bribe of Rs 10,000 from the complainant, a video of which also went viral on the social media platform.

Subsequently, an FIR number 02/2021 was registered her by the ACB.

On October 21, 2021, ACB caught red-handed Owais Ahmad, President, Municipal Committee, Pahalgam while demanding and accepting a bribe amount of Rs 80,000 from the complainant. He was arrested and taken into custody by ACB team and a case FIR number 31/2021 under section 7 PC Act 1988 stands registered against him.

As per the details available with KNO, On December 19, 2021, ACB arrested Nasir Sheikh, Sarpanch, Halqa Zainpora, Baramulla along with Farooq Joo, village level worker, Norkhah, Baramulla for accepting bribe of Rs 10,000. The duo was demanding a bribe of Rs 40,000 from the complainant for releasing the labour payments.  A case under number 13/2021 was registered by the ACB against him.

The details further reveal that Bilal Ahmad Bhat, President Municipal Committee (MC), Awantipora was also arrested by ACB on May 13, 2022 for demanding and accepting the bribe of Rs 1000 for processing the bills. A case under FIR number 09/2022 was registered against him in ACB Anantnag.

On February 15, 2022, a Sarpanch from Khulchohar in Anantnag district, namely Hafiza Begum was caught while accepting the bribe of Rs 6,500 on account of approving work files related to works executed under MGNREGA, 14 FC and SBM through the office of Shangus Block development Officer. A case under FIR number 03/2022 was registered at P/S ACB Anantnag.

A case number 10/2022 P/S ACB-J under section 7 of Prevention of Corruption Act 1988 and 120-B IPC at Police Station ACB-Jammu was registered against them.kno