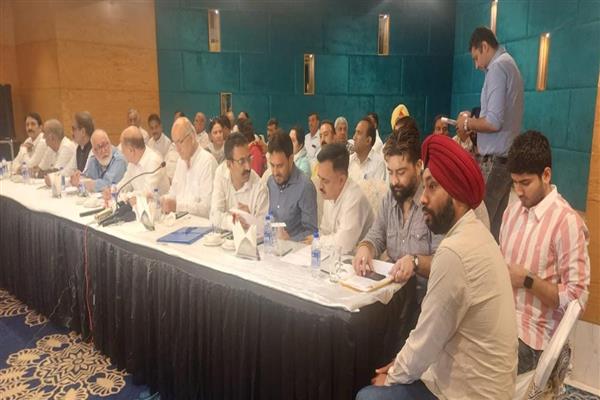 Srinagar, August 30: At least 52 functionaries of the Congress party including several senior leaders, former ministers and legislators have resigned from the party in Jammu on Monday in support of fromer veteran Congress leader Ghulam Nabi Azad.

The leaders and party functionaries, in a joint resignation letter to Congress president Sonia Gandhi have stated that they are resigning from all party posts including the basic party membership.

Azad, as per the reports, is going to launch a national level party from Jammu and Kashmir next month. So far only Congress leaders and one former MLA from Apni Party have joined Azad- led camp.kno