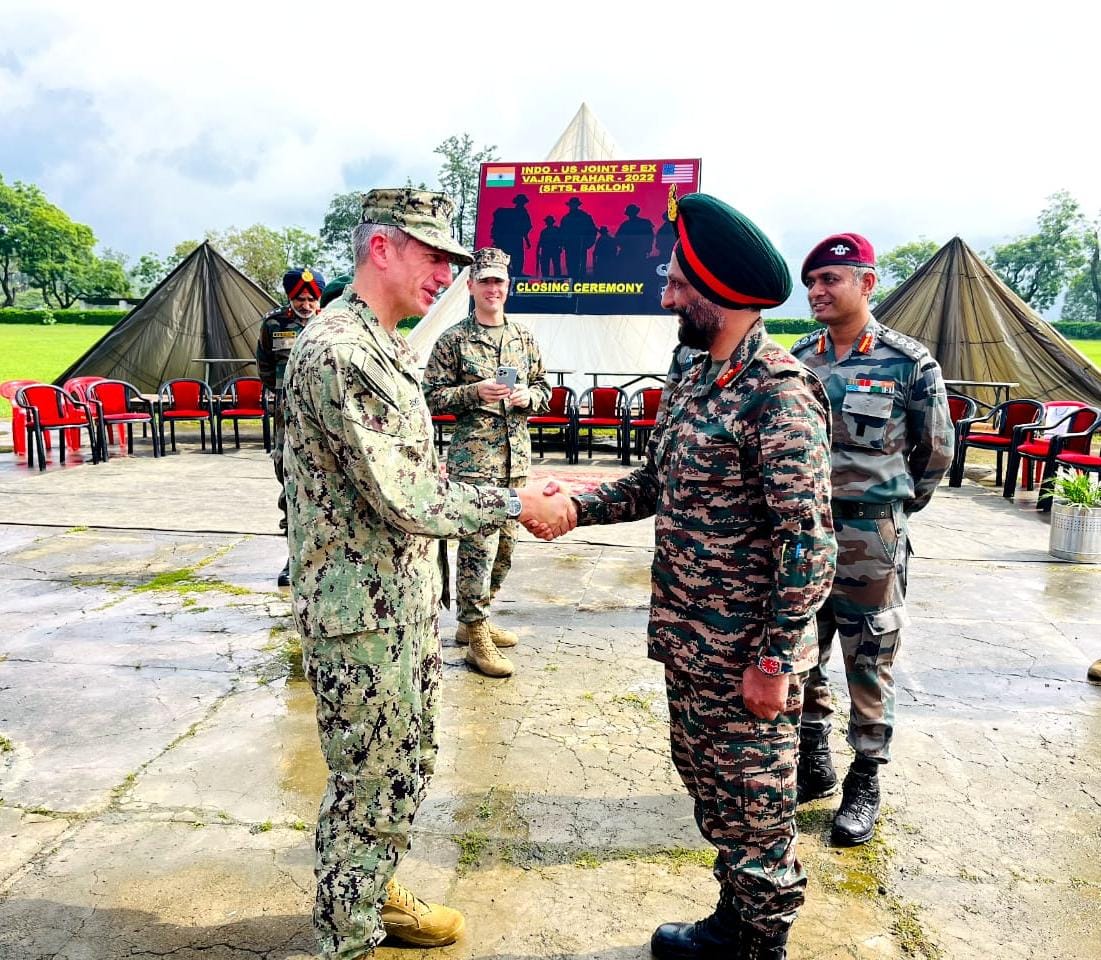 According to the defence ministry handout, this was the13th edition of India – USA Joint Special Forces Exercise ‘VAJRA PRAHAR 2022’.

The annual exercise is hosted alternatively between India and the United States. The 12th edition was conducted at Joint Base Lewis Mc Chord, Washington (USA) in October 2021.

The 21-day joint training provided an opportunity for the Special Forces from both nations to train in Air Borne Operations, Special Operations and Counter Terrorism operations in a joint environment under United Nations Charter, the statement said.

It added: ‘The exercise was conducted in two phases; the first phase involved combat conditioning and tactical level special missions training exercises and the second phase included 48 hours of validation of training received by both contingents in the first phase’.

Exercise VAJRA PRAHAR with the US Special Forces is significant in terms of security challenges faced by both Nations in the backdrop of the current global situation, the ministry said, adding, the joint military exercise has further strengthened the traditional bond of friendship between the special forces of both Nations as well as improved bilateral defence cooperation between India and the USA.