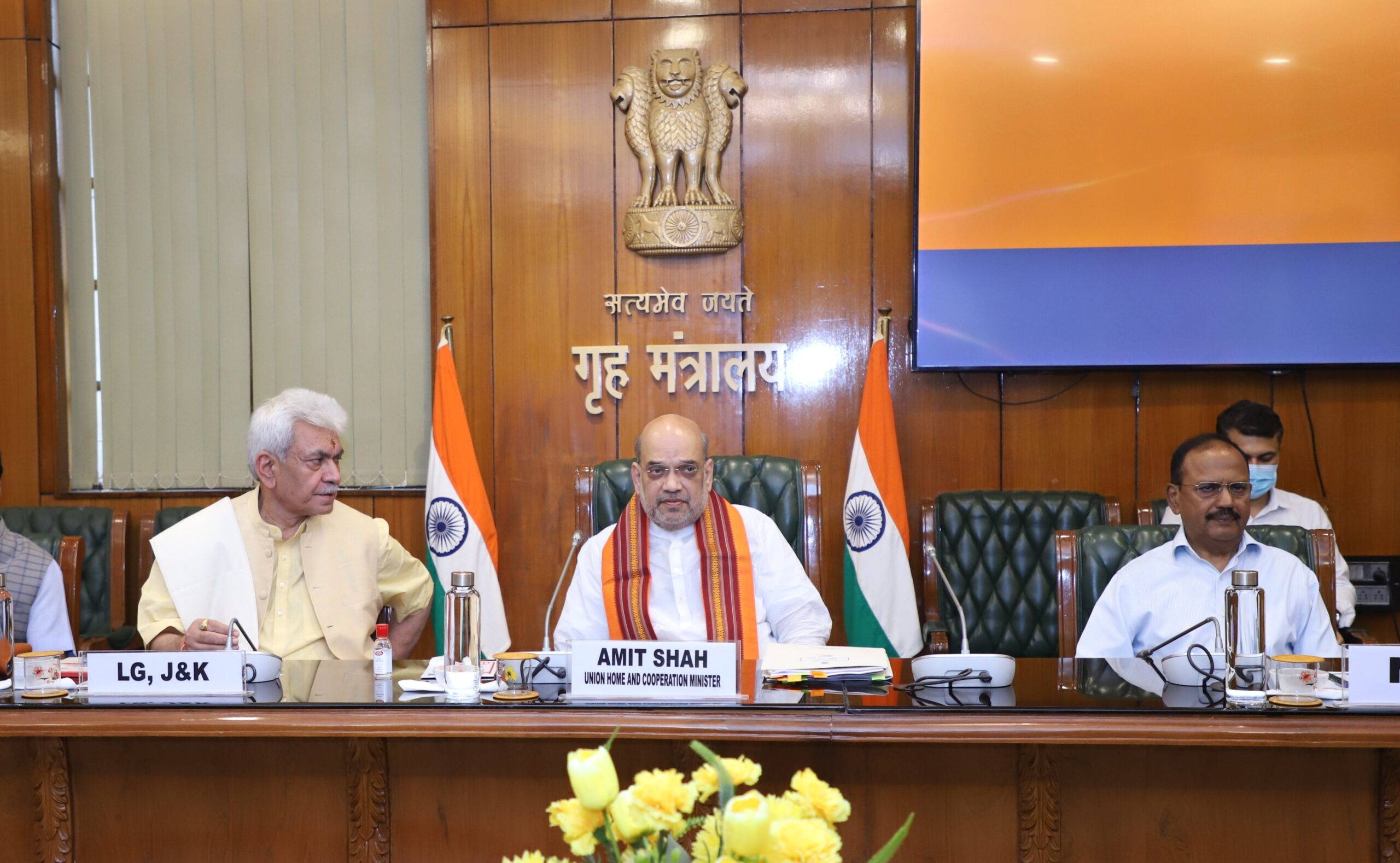 Srinagar, Aug 25: The Union Home Minister, Amit Shah on Thursday held a review meeting in New Delhi on the security situation in Jammu and Kashmir and called for “coordinated efforts through meticulous and well-planned counter-(militancy) operations to wipe out “militancy.”

Lieutenant Governor of J&K, Manoj Sinha, the National Security Advisor, AjitDoval and other senior officials of the Government of India, including the Army and Jammu & Kashmir Government attended the meeting.

“Amit Shah reviewed the working of the security grid and on various actions being taken to reduce the incidents of (militancy) over the last few years,” reads an official statement, adding, “He appreciated the efforts of the security agencies and administration of the Union Territory of Jammu & Kashmir for the successful conduct of the AmarnathYatra this year, which was held after a gap of two years due to the COVID-19 pandemic.”

Amit Shah asked security forces and the police to continue with the coordinated efforts through “meticulous and well-planned counter-(militancy) operations to wipe out (militantcy)”, it said.

“The cases registered under the UAPA were also reviewed and it was stressed that investigation should be timely and effective,” it said, adding, “The agencies concerned should work on improving capacities for ensuring quality investigation. “

He said it is the Prime Minister, Narendra Modi’s vision to have a prosperous and peaceful Jammu & Kashmir, and to achieve this, security forces should strive to make the border and the LcC “impregnable.”

“Once the fear of cross-border movement of (militants) , arms and ammunition is eliminated, the people of Jammu &Kashmir would decisively defeat the proxy war with the help of security forces,” Amit Shah Said, according to the statement.

“(Militant) eco-system comprising elements that aid, abet and sustain the (militant)-separatist campaign to the detriment of the well-being of common man requires to be dismantled,” said Shah.