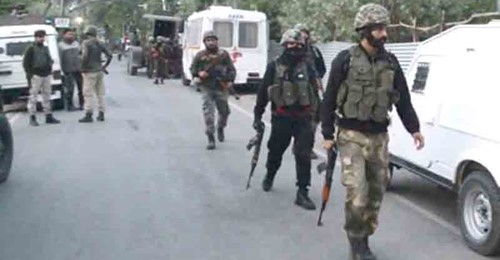 Rajouri, Aug 04: Army and Jammu and Kashmir police on Thursday conducted searches in scores of villages in Kalakote area of Rajouri district.

The searches were conducted on the basis of specific inputs regarding the presence of some suspects in the area.

Officials said  that specific information was received that some suspects have been spotted in Kadriyan village of Kalakote following which the operation was launched.

“Army and police conducted thorough searches in the area that were called off on Thursday evening,” the officials added.kno