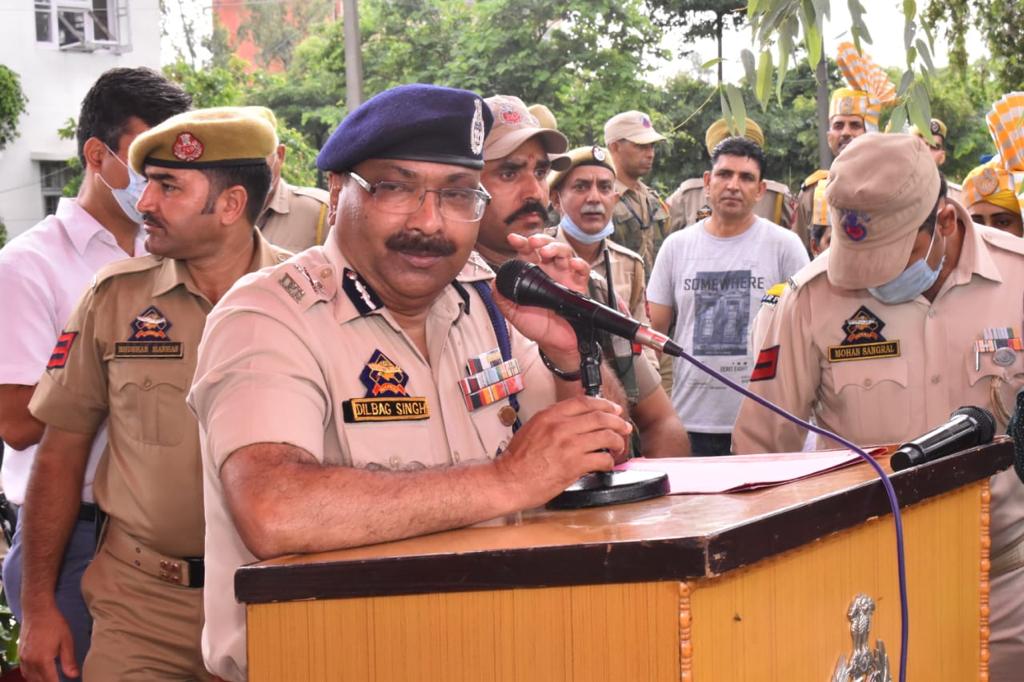 Srinagar, Jul 28: Director General of Police (DGP) Dilbagh Singh Thursday said that in J&K, every single day throws up a new security challenge and police have been working hard to face every challenge and new security threats professionally and effectively.

Talking to reporters after flagging off 200 retrofitted motor-bikes in Jammu, DGP Singh said that as far as the security situation in J&K is concerned, police faces new challenges on security front every single day.

“Of late, Pakistan has been trying hard to use drones to air-drop drugs, weapons and IEDs. Dozens of modules have been busted that were involved in receiving drone consignments in Jammu districts and also in Kashmir districts,” the DGP said .

He said that conducting peaceful Amarnath Yatra was not just a challenge but a biggest responsibility which is being fulfilled by police along with other security agencies.

“Traffic police personnel are playing a great role in regulating the pilgrim vehicles. Traffic cops hardly sleep and remain awake just to ensure timely arrivals and departures of pilgrim vehicles in Jammu, on highways, and also at the base camps,” the DGP said.

He said that challenges on the security front will remain and police will continue to effectively deal with them. Replying to a query about preparations for the upcoming Independence Day, the DGP said that all steps will be taken to ensure peaceful conduct of all August 15 functions across J&K.

About introducing the fleet of over 200 hi-tech motor bikes for traffic police and other cops in Jammu region, the DGP said that these bikes will be used for border area patrolling to curb infiltration of drone-dropped ready made IEDs, weapons, drugs and money.

“These bikes will also be used in cities for curbing crime and evacuating the injured during accidents. These bikes are connected with the concerned control rooms and can transmit important information to the control room while on the move,” the J&K police chief said.  He said in Kashmir, police including the traffic cops will soon be provided such bikes soon. kno