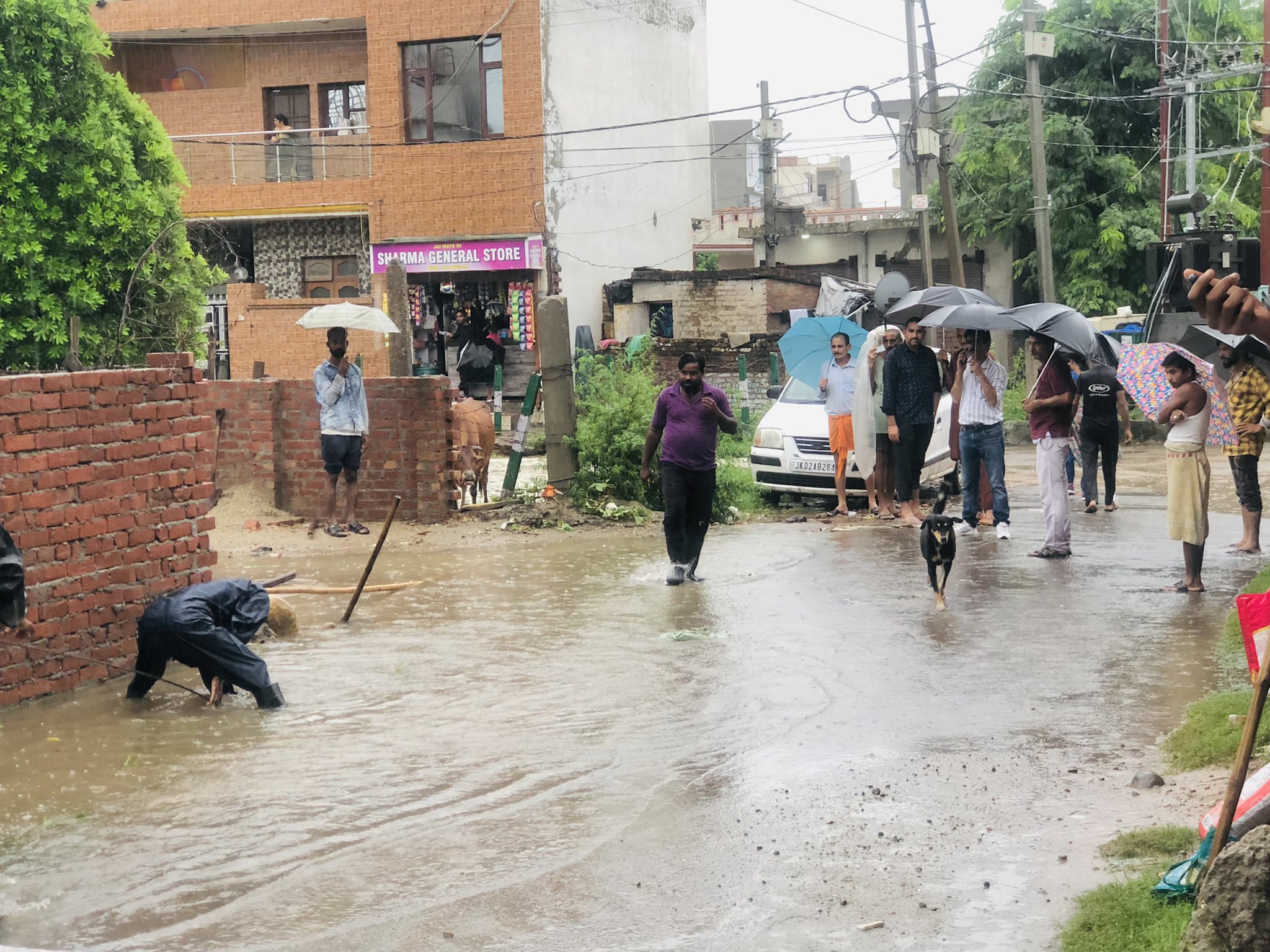 Authorities rescued some school children and teachers in city outskirts while some bridges washed away and scores of vehicles stuck on roads and highways in various districts of the region.

The Jammu-Srinagar national highway was also closed for traffic due to landslides and shooting stones in Ramban district, resulting the halting of Amarnath Yatra at Chanderkot.

The water level of most of the rivers like Chinab, Tawi, Ujh, Basantar and other nallahs was running above the danger mark.

Officials told KNO that the entire region recorded heavy rainfall since early Thursday morning. Officials said that rainfall in Jammu between 8.30 hours to 9.30 hours recorded around 98 mm, which is close to a cloudburst (100mm).

“In Jammu, police and locals swung into action and rescued students and teachers trapped in a school building due to flash floods in the Muthi-Udhaywala area, the officials said. Several people escaped unhurt when an old building collapsed due to heavy rains in the Kanak Mandi area. Most of the roads and dozens of colonies in Jammu city were inundated due to heavy rainfall gauged over 80 mm in a few hours,” they said.

“Dozens of vehicles were trapped on a highway in Kathua. In Kishtwar, a foot-bridge was washed away in the Afti area,” the officials said. “In Reasi district, the new track to the Mata Vaishno Devi shrine atop the Trikuta hills was closed as a precautionary measure following heavy rains in the area.”

As per the advisory, those residing in slide-prone areas should remain extra vigilant and report any untoward incident to the administration at the earliest.

“The Amarnath Yatra convoys that left Jammu have been halted at Chanderkote. Travellers are advised not to undertake the journey before confirming the status of the highway from our control rooms in Jammu and Srinagar,” a department official said.kno