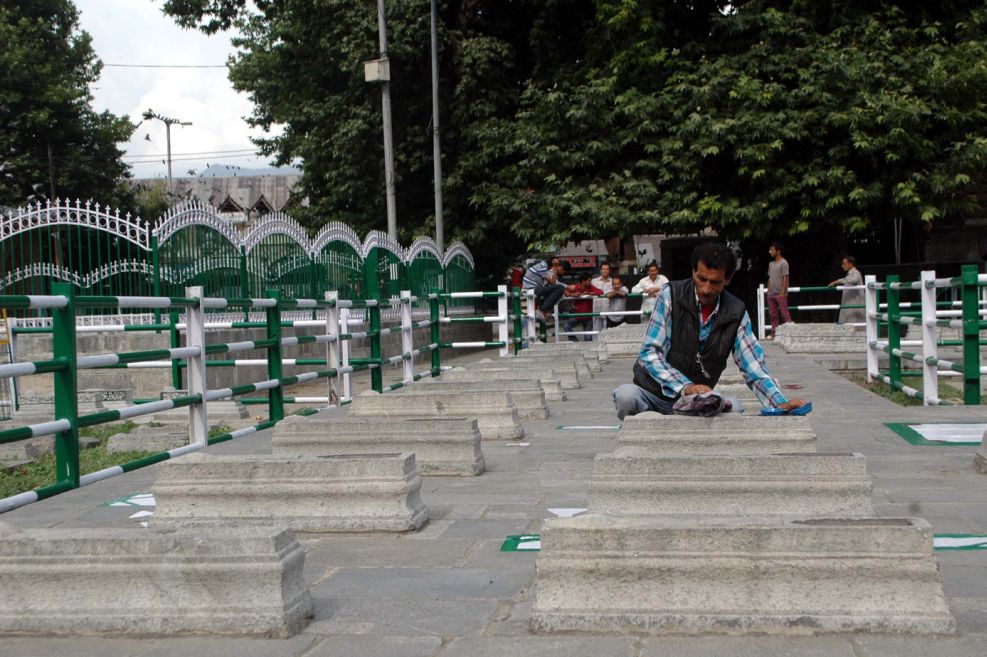 Srinagar, Jul 13: Authorities on Wednesday barred the political parties from visiting the martyrs graveyard to pay homage to 22 Kashmiris, who were killed on this day in 1931, the mainstream parties of J&K said.

National Conference (NC) spokesman, Imran Nabi Dar said that the party at the General Secretary level had sought permission for visiting the graveyard.

“However, there was no response from the administration in this regard. We didn’t get permission to visit the martyrs graveyard where the leaders were supposed to pay tributes to martyrs,” he said.

On the eve of martyrs day, the leaders from different political parties would usually visit the martyrs graveyard here at Khwaja Bazar in the premises of revered shrine of Hazrat Khawja Naqshband (RA) area of downtown and pay homage there.

Talking to reporters, NC president and incumbent parliamentarian, Dr Farooq Abdullah decried the move and said that it is unfortunate that after eroding the holiday on martyrs day, the leaders are being barred from offering Fateha Khawani at the graveyard.

“The prevalent situation will not continue for a long, but almighty’s help will soon put an end to such happenings,” he said.

Peoples Democratic Party (PDP) spokesman, Najam-us-Saqib said that besides leaders at individual level, the People’s Alliance for Gupkar Declaration (PAGD), a conglomerate of several political parties, had planned to visit the graveyard jointly to commemorate the martyrs day.

“For the last three years, the political parties have been denied permission. Those who talk about democracy are being considered as anti-nationals. Those who laid down their lives for democracy are also being considered as anti-nationals,” he said, adding that the leaders had sought permission and also were sought at PAGD level.