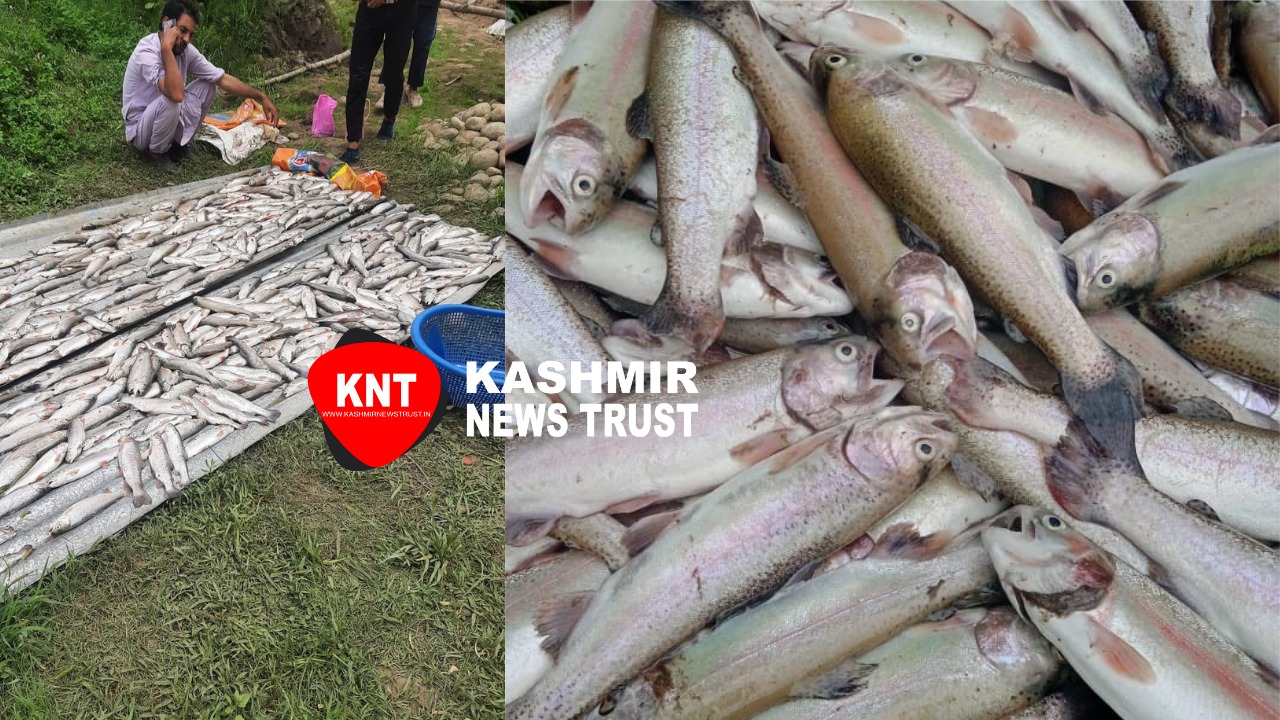 Budgam, July 9: In an apparent case of enmity, an entrepreneur who had started a fish farm in Central Kashmir’s Budgam district suffered a huge loss after some miscreants poisoned his fish at his farm.

The fish farm is located at Sonpah village of Budgam which is owned by Sajad Hussain Bhat son of Ghulam Ahmed of the same village.

Sajad had set up a fish farm after taking a loan from a Bank. His farm had nearly 2000 fish each weighing over half a kilogram and he was selling the fish thus, earning his bread and butter.

Sajad told news agency Kashmir News Trust that some unknown persons during the intervening night of Friday and Saturday put some poisonous substance into his fish farm resulting in the death of a large number of fish besides causing huge financial losses to him.

The victim appealed to the Director and Assistant Director of the Fisheries Department for financial assistance. “I hope the Deputy Commissioner Budgam will take cognizance of the incident and will provide financial assistance to me so that I could set up this farm once again,” he said.

Meanwhile, a police team from Beerwah Police Station and the officials from the Fisheries Department visited the fish farm to take stock of the situation.

Police registered a case and set investigation into motion.

Locals said that prima facie it seems an act of mischief committed by someone on the basis of personal animosity with a design to cause major financial losses to the owner. (KNT)