Militant killed in Sopore gunfight, three others give slip: Officials 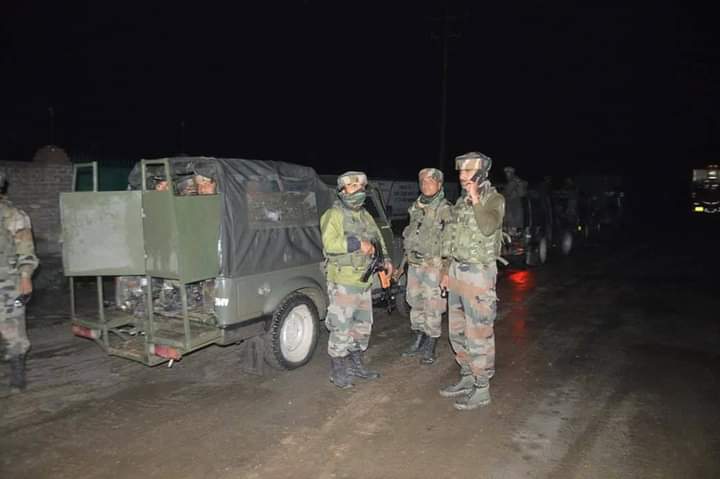 Srinagar, June 6: A Lashkar-e-Toiba (LeT) militant was killed in a gunfight with joint team of police and army at Zaloora area of North Kashmir’s Sopore on Monday, officials said. Three other militants, two of them foreigners and another local, managed to flee, they said.

Inspector General of Police Kashmir Vijay Kumar said that one LeT militant, a resident of Pakistan was killed in the gunfight.

“As per the documents recovered from the killed Pakistani (militant), he has been identified as Hanzalla of Lahore, Pakistan,” he said, adding, “One AK rifle, 05 magazines along with ammunition has been recovered. Further details shall follow.

” He said 27 Pakistani militants have been killed so far this year in Kashmir Valley.

He also confirmed that two Pakistani militants and a local militant managed to escape in the initial phase of the firefight.

However, he said, hunt for them was on.

The encounter had ensued after a joint team of Police and army launched a cordon and search operation in the area amid specific information about the presence of the militants.

As the joint team zeroed towards the suspected spot, the officials said, the hiding militants fired on them, which was retaliated, triggering off the gunfight.gns