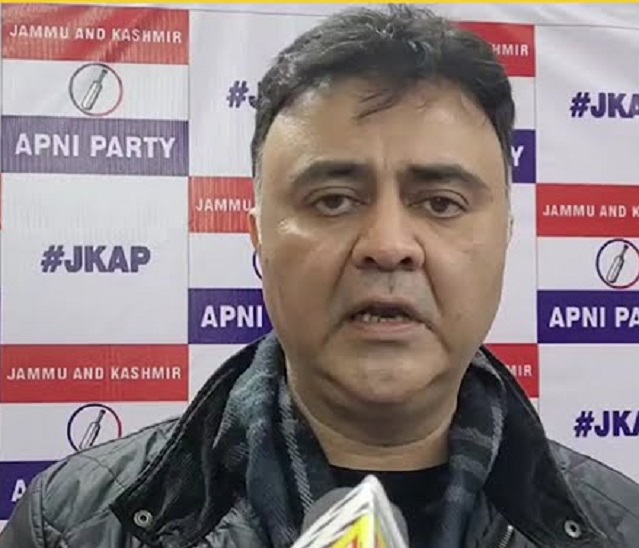 Jammu, June 01: In a setback to Jammu & Kashmir Apni Party, its general secretary and prominent face from Jammu, Vikram Malhotra on Wednesday quit the party, saying that it has no coherent and workable policy and programme.

In a resignation letter sent to Apni Party president Syed Altaf Bukhari, Vikram has written that he is  “convinced that the Apni Party offers no promises to translate into reality at any point of time”.

“For over two years, we counted the ill and bad of other parties to convince people that we are the political party of future.  I am feeling deeply pained and dismayed to say that most of us are now tired of this. I am not able to figure out any coherent and workable policy and programme of the Apni Party,” the letter reads.

Malhotra is the second prominent face from Jammu to quit the party which was formed after August 5, 2019. Earlier, former MLA Bishnah Kamal Arora quit the party.