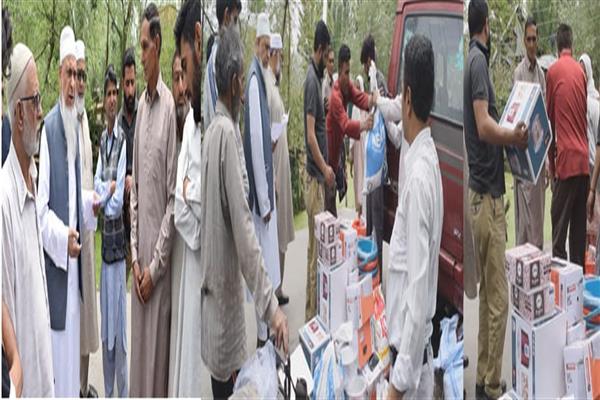 Srinagar May 28: Darul Khair Mirwaiz Manzil has expressed deep sorrow over the separate fire incidents at Roni Mohalla Dal and Ghat No. 16 Dalgate Nehru Park in the last few days wherein an innocent 9-year-old girl, Nadia Bashir, daughter of late Bashir Ahmad was charred to death inside a houseboat; and the houses of seven families were gutted in Roni Mohalla.

According to a statement, the Darul Khair has expressed condolence with the family of Nadia Bashir and extended solidarity with them and all those whose houses were gutted in the blaze; and stressed for immediate rehabilitation and resettlement of the affected families.

Meanwhile, Darul Khair Mirwaiz Manzil has reiterated that since its inception till date, it has been providing financial and other support to the people affected by natural calamities without any discrimination, and is engaged in its efforts for the relief and rehabilitation of such victims as much as possible.

In this regard, Darul Khair Mirwaiz Manzil has again appealed to the well-off people to keep contributing, as in the past, to this relief & rehabilitation organisation so that the humanitarian work can be continued.