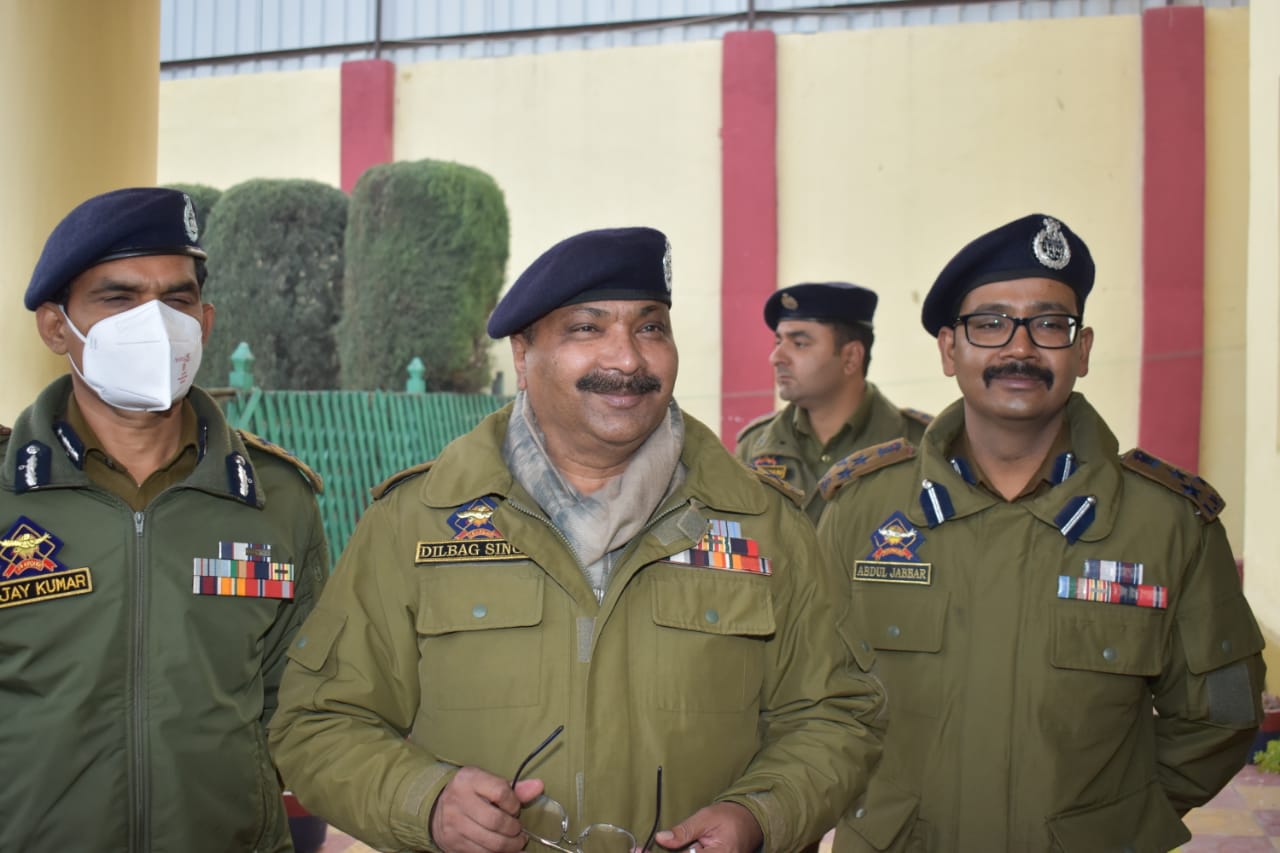 Srinagar, May 14: Director General of Police J&K Dilbag Singh on Saturday called for adopting zero tolerance policy against narcotics trade, underlining that the “drug abuse has emerged as a major threat.”

He chaired a high level officers meeting at Police Headquarters J&K and reviewed the working of Anti Narcotic Task Force (ANTF), NDPS cases of and crime scenario across the J&K.

While speaking on the occasion, the DGP stressed for adopting a zero tolerance policy against narcotics trade as drug abuse has emerged as a major threat. “It can only be dealt with by adopting pro active approach,” he said as per a statement.

He said that drug abuse is a bigger challenge as it not only providing oxygen to the militancy by means of funding militant networks but also targets younger generation. He stressed for taking up the investigations deeper against the elements involved in the illicit trade and tough action against the persons found guilty. For this, Singh emphasized on putting massive efforts against drug trade in the whole of J&K.

Directing for analyzing the workload at district levels and implementing the action plans accordingly, the DGP stressed for establishing the Anti Narcotic units at district levels for desired results. “Increasing trend of drugs have to be arrested as it is affecting the lives of people and family environment,” he said. Singh stressed for launching a massive destruction drive against the illicit cultivation of drug related crops in an organized manner and directed the officers to initiate stringent action against the elements involved in the illegal cultivation. The DGP directed that special teams under the direct supervision of district SSsP should be constituted for investigation of the NDPS, and other cases of special nature.

While referring to the conviction rate, the DGP said that though the conviction rate has improved yet we need to work on it with all seriousness to ensure higher percentage of conviction in drug related cases”. Directing for keen documentation and fulfilling the technicalities of investigation, he said that necessary measures and already issued SoPs should be followed for ensuring more convictions in narco cases to get the involved persons punished.

Spl. DG Crime J&K, ADGP Jammu, IGP Kashmir and other senior officers of crime Branch briefed the DGP about the functioning and work being done against the narcotics and drug trade in Crime branch and in districts across J&K.(GNS)