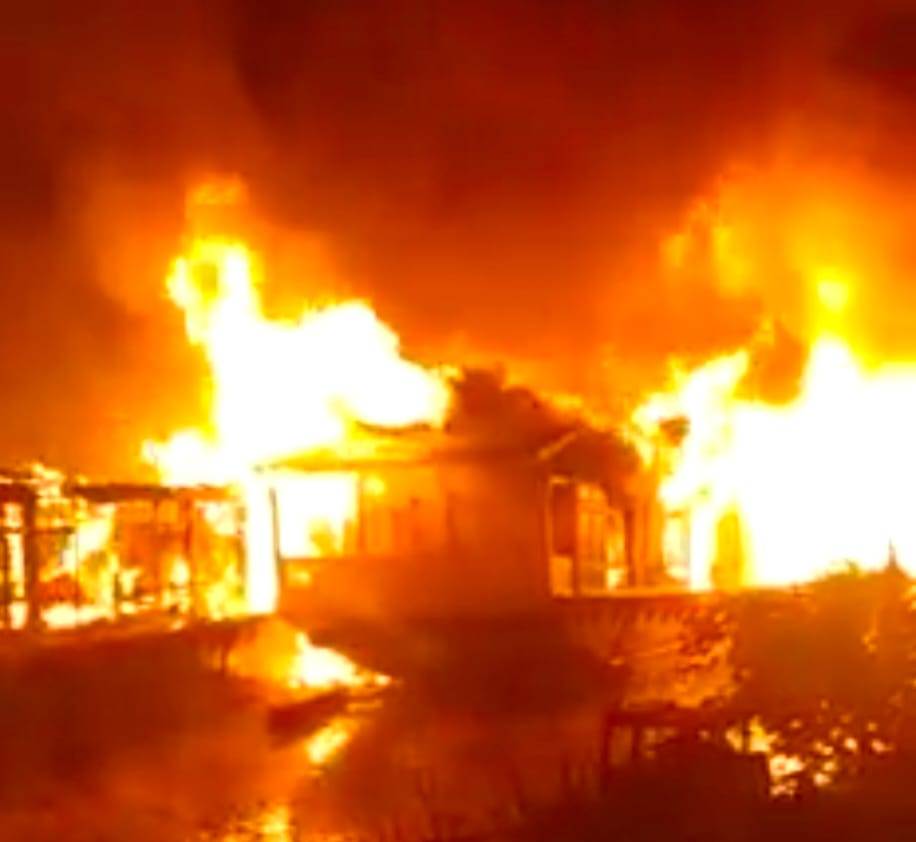 Srinagar, April 4:At least seven houseboats were gutted in a massive fire in Nigeen Lake here on Monday, officials said.

They said fire started from a houseboat and engulfed adjacent ones. Though locals and police launched a firefighting operation but the houseboats were “substantially” gutted.

An official said  that six fire tenders were rushed to spot as soon as news about the fire was received at around 2:26 a.m. He said fire was towards Nigeen Club of the lake.

There were no immediate reports about injury to anyone in the incident. kdc