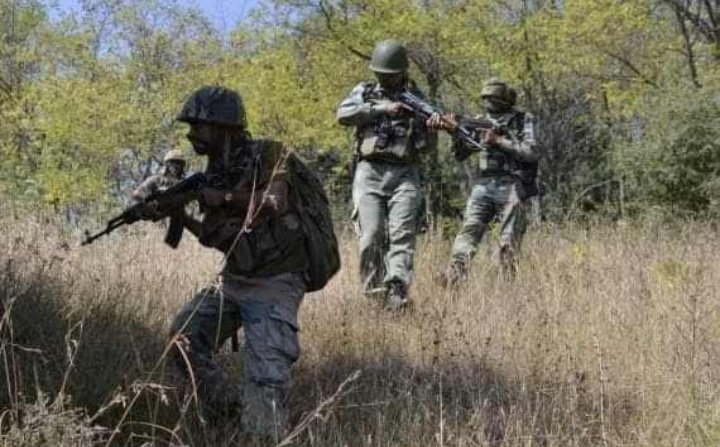 Srinagar, March 10: Two Lashker-e-Toiba militants were killed and as many soldiers were injured in a gunfight in Pulwama district of south Kashmir on Thursday.

“Based on a specific input regarding presence of (militants) in village Naina Batpora area of Pulwama, a joint cordon and search operation was launched by Police, Army (55RR) and 182Bn CRPF in the area,” a police spokesperson said in a statement.

“During the search operation as the presence of (militants) in a separate structure nearby a local Mosque got ascertained they were given ample opportunities to surrender and repeated appeals were made to them” he said, adding, “Instead, they fired indiscriminately upon the joint search party, leading to an encounter”.

Keeping in view the sanctity of the mosque, the spokesperson said the joint team exercised “maximum restraint” to ensure no damage to it and “two Army personnel sustained splinter injuries during the encounter.”  Both the injured were evacuated to hospital where their condition is stated to be stable, he said.

“In the ensuing encounter, two (militants) affiliated with LeT were killed and their bodies were recovered from the site of encounter.” They have been identified as Shahid Ahmed Khan son of Mohi-ud-din Khan of Batpora, Pulwama and Fayaz Sheikh son of Ghulam Rasool Sheikh of Shahpora, Ganderbal. “As per police records both the killed were categorized (militants) and were wanted by law in many cases.”

Meanwhile authorities suspended train service between Banihal to Budgam in view of the gunfight.

Official sources said that the gunfight was close to Panzgam station and the services will be resumed as normal from tomorrow.  (