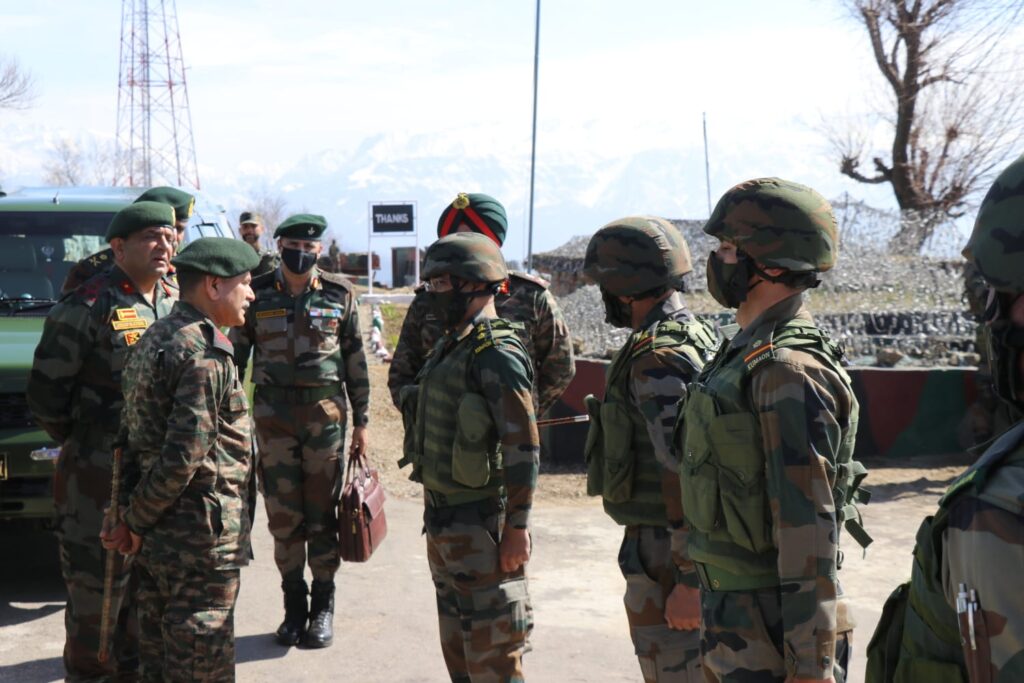 Officials said that during his visit, army commander visited Line of Control locations in different sectors including Bhimber Gali where he also stepped in at forward posts of army.

“Local army commanders and officials of army including from Ace of Spades Division briefed Lt Gen Upendra Dwivedi regarding prevailing situation on Line of Control especially in wake of ceasefire agreement after which lull is prevailing,” the official said, adding that “During visit, GoC Northern Command Lt Gen Upendra Dwivedi also took a detailed review of hinterland security in twin districts Rajouri and Poonch wherein he was briefed about the prevailing situation and ongoing efforts of area domination in hinterland security.”

Army in an official statement said that the army commander was briefed on the security situation by field commanders along the Line of Control and he reviewed the development of defence infrastructure and operational preparedness undertaken despite challenging terrain and weather conditions in the region.

He interacted with all ranks and appreciated the professionalism and operational response towards the evolving threat matrix.

The Army Commander commended all Ranks for their dedication and complimented the soldiers for their relentless efforts in pursuit of peace and stability along with assisting the local population.