‘One Of The Patients Was Being Operated Upon At The Time Of Blaze; He Too Was Safely Evacuated’ 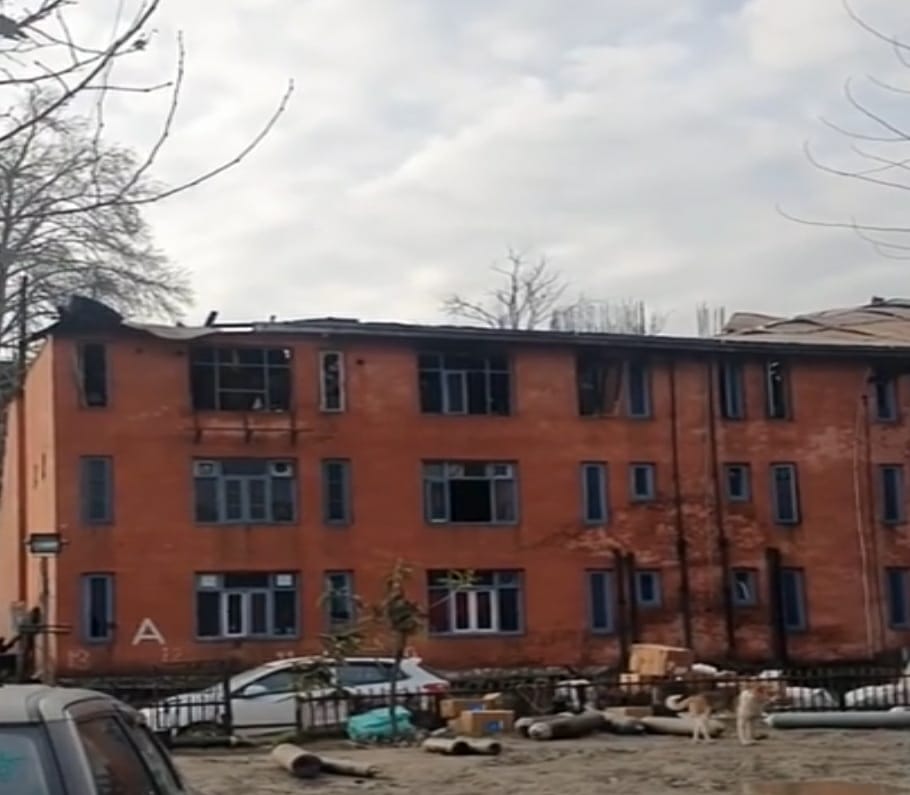 Srinagar, Mar 5:  A major fire overnight gutted a building of Bone and joint hospital here and according to the firemen a major tragedy would have unfolded had 150 oxygen gas cylinders not removed timely.

It took entire fleet of fire tenders in Srinagar city to fight the blaze and fortunately there was no casualty reported, officials said.

Divisional Fire Officer Tassaduq Ahmad said that soon after receiving information regarding the fire incident in the hospital at around 9 p.m. “fire engines were rushed to the scene of occurrence.”

“First and foremost we took measures regarding evacuation of patients,” he said, adding, “Major tragedy would have happened because there was a gas bank with almost 150 oxygen cylinders there.”

The personnel from the fire and emergency department assisted by local volunteers’ swung into action and immediately took out gas cylinders and shifted them to safer places, thus preventing blasts.

He said as soon as the firefighters reached the spot, the entire building was in flames. “We requisitioned more reinforcements from the entire Srinagar city and then only we were able to contain the fire,” he said, adding, “It was a hectic operation.”

Except for one of the personnel of the fire and emergency department, no one sustained injury in the blaze, he said. “The personnel has been hospitalized,” he said.

The fire, which was brought under control after several hours, resulted in panic among the patients, scores of their attendants and hospital staff. As per officials there were 113 patients in IPD alone. “One of the patients was being operated upon at the time of the blaze and he too was safely evacuated,” a senior doctor of the hospital said.

Medical Superintendent of the hospital Dr Mian Suhail Sultan said that except for damages to emergency OT, Faculty sitting rooms and spinal centre data, everything else including the record room is safe.

Within minutes of fire emerging from emergency Operation Theatre, the blaze got bigger, creating panic among the patients and their attendants. In no time, locals from vicinity rushed and helped hospital staff members to evacuate the patients from all wards and units, eyewitnesses told GNS. They shifted them to an open place on the hospital premises and after sometime the patients were shifted in ambulances to SKIMS Bemina, SMHS Srinagar and JLNM hospital Rainawari Srinagar.

The Health & Medical Education Department said that reasons as to why the incident happened despite “regular fire safety audits and adequate measures” are being ascertained. Deputy Commissioner Srinagar Mohammad Aijaz Asad said investigations as regards reason for fire are underway. “Once the report is received, we will be in a better position to say what the reasons were for the fire,” he added.  gns