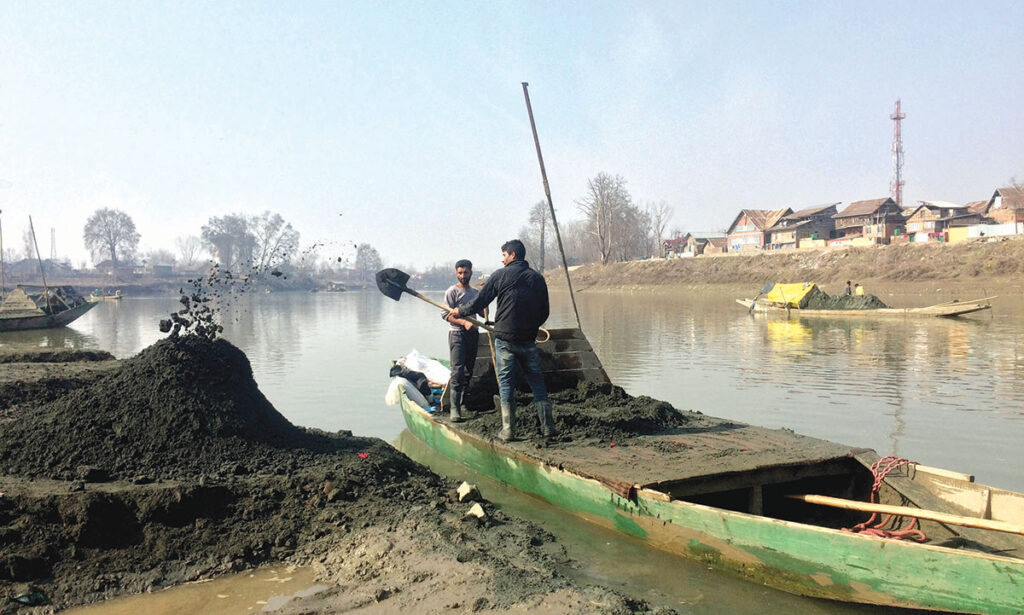 Srinagar, Mar 02 : The load carrier drivers are up in arms against the Geology and Mining Department against the alleged failure of the government to frame a policy for them.

Drivers said that several years before, the government had set up a proper mechanism for them to work on a royalty basis, “but that royalty system has been abolished and we are being treated as outlaws.”

The drivers from different areas said that they have bought tippers, tractors and other vehicles on loans and if they are not allowed to work then how can they arrange for the EMI’s to be paid to the banks and also manage to feed their families.

“Our families and our livelihood is solely dependent on our vehicles but if we won’t work how can we feed our families,” they said, adding that a situation has come where even we had decided to sell our vehicles but no one is willing to purchase these vehicles as transportation of minerals has been virtually been made a crime.

They said that there should be a proper mechanism so that they can easily carry minerals from one place to another and earn their livelihood.

“There is no mechanism for ferrying of minerals as the royalty system according to them has been abolished due to which they are facing many issues,” they said.

They requested the LG lead administration to look into the matter on humanitarian grounds so that the poor drivers won’t face such problems anymore.

The Government has carried out amendments in Jammu and Kashmir Minor Mineral Concession, Storage, Transport of Minerals and Prevention of Illegal Mining Rules, 2016 and made the same more stringent.

Earlier it was mentioned that no person shall transport or cause to be transported any mineral, in whatever form, from one place to another by any carrier without a proper challan duly authenticated by the concerned District Mineral Officer.

Now, the rule has been made stringent by carrying out certain amendments.

As per the amended Sub-Rule, no person other than the mineral concessionary which includes mining lessee/licensee/permit holders and crusher unit holders will transport or cause to be transported any mineral like RBM, nullah muck, stone, boulders, nallah sand and clay etc from lease/license/permit area and processed mineral from crusher units from one place to another through/by any carrier without a proper challan duly authenticated by concerned District Mineral officer.

As per new rules the challan will have color coding with QR code—green for mining lessees and yellow for crusher unit holders. However, blue color will be used for Central/J&K government’s principal executing agencies such as National Highway Authority of India.

Further, GST invoice format will be issued by the lessee/licensee/permit holder and crusher unit holders to the consignee/purchaser/buyer for the transportation of raw/processed minor minerals.

In the amended Sub-Rule 1 of Rule 71, it has further been mentioned that no mineral concession holder, as the case may be, shall transport of cause to be transported any mineral from the river/nullah bed like sand, bajri and boulder etc to any other side without obtaining a specific No-Objection Certificate in this regard from the concerned Executive Engineer, Irrigation and Flood Control Department.

Meanwhile, an official of the geology and mining department termed the allegations baseless and said that no vehicles carrying minerals from the legal sources and possessing valid challans are being seized.

He said that action by way of seizure, compounding and realization of price of minerals is being taken against those vehicles/machines/instruments involved in illegal extraction and carriage of illegally extracted minerals.

“The department has started acting tough against the illegal land miners during the past fortnight and this has not gone well with the illegal miners and illegal mineral carriers,” an official said. kno