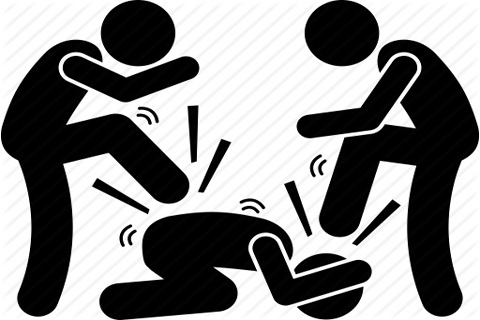 Sumbal, Mar 02 : Four persons, including a Sarpanch, were injured after a fight broke out between two groups over some issue during the Gram Sabha meeting of Tengpora gram panchayat in Nasbal area of Sumbal—Sonawari in north Kashmir’s Bandipora district on Wednesday.

An official  said that the incident took place after some local panchayat members opposed the idea of another group during Gram Sabha meeting and the two groups had a war of words.

He said that the altercation soon turned into a full-blown fight as the two groups of villagers clashed with each other during which the local sarpach and three other received injuries.

The official said that the injured were rushed to Sumbal hospital from where the sarpanch identified as Rather Mehraj has been shifted to Srinagar hospital for further treatment.

Police arrived later and inquired about those involved in the tussle and registered a case under relevant sections of laws and further investigation have been started. kno